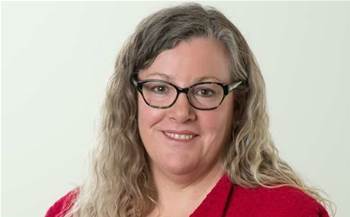 The Victorian agency responsible for triple zero services in the state is hunting for a new chief information officer after its former tech chief was given a promotion.

The vacancy was created when former CIO Deborah Weiss moved up into the role of chief operations officer  - a position she will officially take over next month.

During her two years as CIO, Weiss combined the former technology and communications and managed services departments into the one information and technology services unit.

She also oversaw the implementation of a CAD9 (computer-aided dispatch) system, which has been in use since October last year, among other things.

Her successor will take over a key project initiated by Weiss upon their appointment - the implementation of a new $11 million telephony system.

The project is nearly complete, with preliminary work underway for hardware delivery after NEC was awarded the contract in April.

“The focus at the moment is working with operators who are bringing their expertise in call-taking and dispatch to the design. More than 50 ESTA operators recently volunteered to assist with the project and they will be contributing throughout the life of the project,” an ESTA spokesperson said.

“The upgraded telephony system will deliver a range of benefits including intelligent call prioritisation; automatic voice switching across Victoria’s state emergency communications centres; greater integration between systems; and improved surge management (surge being a large number of unexpected calls in a short period of time)."

Another major focus for the incoming CIO will be the automation of several back-office processes, which the spokesperson said were previously handled manually and were in many cases inefficient.

The agency will specifically focus on automating finance, payroll, scheduling and learning functions.

“ESTA is also implementing a data warehouse to ensure the data we capture is more easily integrated across the emergency services sector in a common data format," the spokesperson said.

“The achievement of the data warehouse will assist the sector with emergency service provision throughout Victoria.”

The position is based out of ESTA’s offices in East Burwood and reports directly to the chief executive.