Victoria gets a new innovation minister 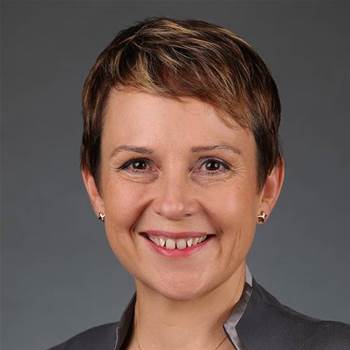 Portfolio split from jobs and trade.

Victoria has a new Minister for Innovation, Medical Research and the Digital Economy in Jaala Pulford after the government separated the portfolio from jobs and trade in a shake-up.

Pulford took up the newly created role, alongside the portfolios of employment and small business, on Monday following a Cabinet reshuffle brought about by last week’s branch stacking scandal.

She replaces the former Minister for Jobs, Innovation and Trade Martin Pakula, who had held the role since December 2018.

Pakula has in turn become the Minister for the Coordination of Jobs, Precincts and Regions – COVID 19 and Minister for Industry Support and Recovery.

He will also continue to oversee the portfolios of trade, tourism, sport, major events and racing.

In a statement, Premier Daniel Andrews said Pulford’s appointment highlighted the importance of research and discover to the post-coronavirus economic recovery.

Pulford, who previously held the portfolios of roads, road safety and the TAC [Transport Accident Commission] and fishing and boating, thanked Andrews for entrusting her with the work.

“I’m excited about the task ahead and acutely aware of the profound difficulty being faced by so many businesses and the people who depend on them,” she said on Twitter.

“Innovation, the digital economy and medical research are our future, no matter what we do or where we live; the creativity and ingenuity of these sectors is central to Victoria’s future prosperity.”

The Australian Information Industry Association welcomed the appointment, having previously requested that the federal government appoint a ‘Minister for Digital Capability’.

“We thank the role that Martin Pakula played as Minister of Technology and see this new appointment as allowing for greater focus on digital transformation,” AIIA CEO Ron Gauci said.

“Our future economic prosperity centres on Australia emerging in a way that responds to the opportunities and addresses the weaknesses that have prevailed throughout this difficult period."