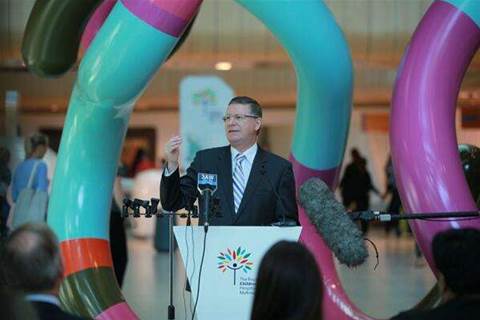 The Victorian state government has agreed to fund half of the Royal Children’s Hospital’s $48 million electronic medical record.

Premier Denis Napthine this week announced work would start on installation of the new system in the middle of this year.

US health software vendor Epic has been selected to roll out the new system across the facility, which was opened in 2011 next door to the site of the former Melbourne children’s hospital.

The implementation is expected to take four years and will track patients in fully electronic form for the first time.

“It will enable staff to manage medications, and other patient care activity with real-time decision support that will facilitate best practice,” Health Minister David Davis said.

“Another portal will enable authorised GPs, private paediatricians and other care partners such as the Paediatric Integrated Cancer Service to view patient records and refer patients electronically,” he said. Patients are also expected to be able to schedule appointments with a smartphone app.

The RCH has been given a long leash in terms of eHealth software following the cancellation of the HealthSMART program last year.

But the one-size-fits-all approach meant health networks were slow to adopt the systems and economies of scale were never achieved.

When the cancellation was formalised, RCH had only implemented the Picture Archive Communications System (PACS) and payroll components of the HealthSMART footprint.

The announcement comes despite Technology Minister and Assistant Treasurer Gordon Rich-Phillips warning the industry not to expect many sweeteners in the upcoming budget.