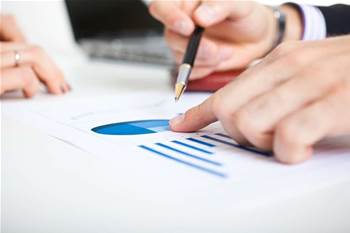 The Victorian Police department has offered a brief glimpse into its long-running project to fix its IT environment, revealing in its annual report several initiatives completed over the past year and a handful more that are upcoming.

A seven-month inquiry into the department’s IT strategy in 2011 urged an overhaul as a “matter of urgency”, noting a “dysfunctional” IT leadership hierarchy was to blame for ongoing struggles with ageing IT systems.

In July this year Victoria Police went to market for a bundled IT outsourcing contract, consolidating five deals into one worth up to $340 million. It will run for 5 years with a 3 year possible extension starting July 2015.

The tenders form part of the agency’s Policing Information Process and Practice Reform (PIPP) project which aims to set a “clear vision for Victoria Police’s operational system and information requirements to support modern policing up to 2030”.

The agency is currently making its way through phase one of the project — assessing and reviewing police processes and systems. Once the review is completed the department will develop a roadmap for implementation of the designated changes.

The program contains two streams: Sustain, which focuses on how to maintain the police’s troubled LEAP and Interpose systems for the next five years while a long term replacement is sought; and Transform, which scopes what IT systems police staff need to effectively do their jobs, such as mobile technology for field access.

Pope and team spent the past year designing and planning a “large scale refresh” of police IT assets and services so as to provide a “contemporary, reliable IT computing environment”.

Victoria Police declined to comment to iTnews on the initiatives, but in its annual report released last week revealed the projects had so far included an upgrade to its wide area network, introduction of a mobile device management system for iPhones and iPads, and starting work on a new standard operating environment consisting Windows 7 and Office 2010.

The agency also procured a new command and control simulation system, from Hydra Minerva, which is currently being implemented. The system is used for tactical and strategic command training with students and simulates realistic environments.

“The aim of this training tool is to bring command training to life and to provide officers with experiences of incident command within a training setting that are readily transferable to the real-world of a live incident,” Victoria Police said.

“The system provides students with a chance to experience any number of policing activities including response to routine policing events for recruits, the management of large-scale criminal investigations for senior investigating officers and major critical incident command for senior officers.”

The agency also introduced a new sustainable IT standard for efficiency and environmental reqiurements with regards to new IT procurements.

It assessed various software products amid plans to reduce the energy consumption of idle desktop equipment, and commenced the second phase of a printer rationalisation project (known as PRP2).

The PRP2 follows a similar effort in 2007, and will significantly reduce the amount of printers, scanners, copiers and faxes in use, replacing them with multi-function devices. The agency currently has around 2000 printers on its books.

The PRP2 will run alongside a desktop refresh scheduled for later this year. That upgrade will involve around 12,500 desktops and laptops. Police also use around 1200 tablet devices.

Over the next year Victoria Police will fully roll out the PRP2 as well as an energy management software pilot which, if successful, could potentially be applied across the entire state police network.

It will also develop a business case for the PIPP project.

In the coming 12 months Victoria Police expects to approach the market for a handful of services — including an external email filtering managed service, digital evidence capture for video and audio recording, and a “terminal emulator” for desktops.

Responses to the recently released IT outsourcing deal will be evaluated by December after which time a formal tender process will be entered. The contract covers support for desktop, mainframe, infrastructure and applications; services for various hardware products including desktops; and data centre and disaster recovery services.

Around 300 of the agency’s applications will fall under the application support aspect of the outsourcing contract.

The PIPP project will likely involve the rationalisation of a large number of applications. According to the July tender documents Victoria Police currently has more than 500 applications, almost half of which are custom-built.

Victoria Police currently has its primary and secondary data centres in different locations in Melbourne, while a number of critical servers and localised applications are scattered across the police’s regional Victorian offices.