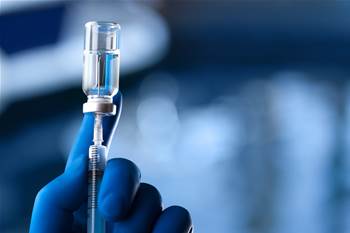 The Victorian government is refusing to reveal the cost of its latest multi-million dollar contract with Microsoft for the state’s Covid-19 vaccination management system (CVMS).

The system, which is used to manage the delivery of jabs to Victorians in settings like mass vaccination hubs, was rolled out in mid-2021 as Victoria’s vaccination drive ramped up.

The Department of Health (DH) entered a deal with Microsoft to provide the end-to-end platform based on its vaccination registration and administration solution in January for $5.8 million.

It followed a five-day approach to market by the department in late 2020 that began shortlisting candidates in a similar timeframe through a “rapid evaluation process”.

That original deal, which climbed by more than 30 percent to $9.1 million during its initial six-month term, expired at the end of June.

But just before it expired, the department extended the deal by a further six months, taking the contract out until the end of December.

The department is, however, yet to disclose the updated contract with Microsoft or publish it on the Buying for Victoria tendering website.

Under the government’s contract disclosure policy, agencies are required to publish key details for major deals within 60 days, but this does not extend to contracts under head agreements like state purchase contracts (SPCs).

iTnews understand that as the CVMS is a state purchase contract, the department is not technically obliged to disclose the updated contract or publish it.

A spokesperson for the department declined to comment when asked for clarity on why it had taken the decision not to publish the contract.

It is also not clear why the department have chosen not to divulge the details of the new contract when it happily disclosed the first contract with Microsoft.

VAM, which has been progressively been rolling out since June, is replacing CoVax, a stopgap solution developed in-house over 21 business days at the start of 2021.

A DH spokesperson said the additional costs came from a request for “additional system capability and enhancements” by the department, though it is not known what these enhancements related to.

While Microsoft Australia managing director Steven Worrall told The Age in February that the system would need only fine tuning before coming online, it was not ready until after June.

DH is already a heavy user of the Microsoft stack as part of its ‘platform + agile’ strategy, which was adopted in 2017 to replace traditional waterfall methodologies.

As at July, the CVMS had been used to deliver more than a million vaccines across Victoria, according to Microsoft.