Vic Coalition pledges $7m for IT to stop 'doctor-shopping' 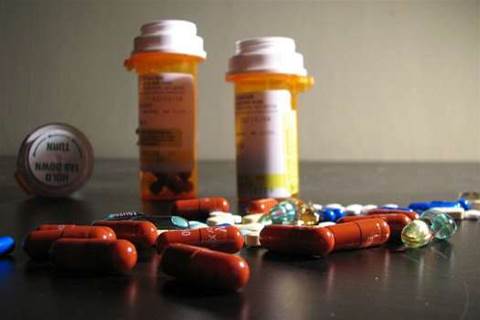 Victorian Health Minister David Davis has promised to put aside $7 million to build a state-wide real-time prescription monitoring system, if the Coalition wins another term in government.

Victorian health bodies and state coroners have been lobbying the government for a number of years to improve communications between GPs and pharmacists, who currently have no way of checking a patient's prescription history.

“This means ‘prescription shopping’ can occur, where a patient can visit a number of doctors and multiple pharmacies to obtain prescriptions in excess of therapeutic need, sadly all too often with tragic consequences for the patients and their families and loved ones,” Davis said in a statement today.

He promised that a re-elected Coalition would spend $7 million over five years to pay for the implementation of a system that would record all prescriptions for schedule 8 drugs - particularly opioids and benzodiazepines - in a central database, creating alerts for cases of potential misuse.

President of the Victorian branch of the Australian Medical Association, Dr Tony Bartone, welcomed what he described as a “long overdue” announcement following years of sustained lobbying from his organisation and the coroner.

“This technology will save lives,” he told iTnews. “In 2012, 304 people died from overdosing on prescription drugs, which was greater than the road toll in that year.”

He called on Victorian Labor and the Greens to match the commitment, and said he hoped other mainland states would soon follow suit.

“This problem doesn’t stop at the border and we need both sides of government to commit to this,” he said.

The only Australian government to have made significant progress towards a state-wide monitoring system so far is Tasmania, whose network is operating “reasonably well”, according to Dr Bartone.

“We’re aware of moves north of the border as well,” he said.

The Victorian Coalition is keen to pip its Tasmanian counterpart to become the first state to achieve sector-wide uptake of the system.

“While Tasmania has been rolling out its own real-time prescription monitoring system over a number of years, real-time information on dispensing events is yet to be accessible to all prescribers and pharmacists in Tasmania,” a Coalition spokesman pointed out.

He also confirmed that the Victorian system would make use of the electronic recording and reporting of controlled drugs (ERRCD) software funded by the Commonwealth and offered to the states as a national platform back in 2012, as part of national health reforms.