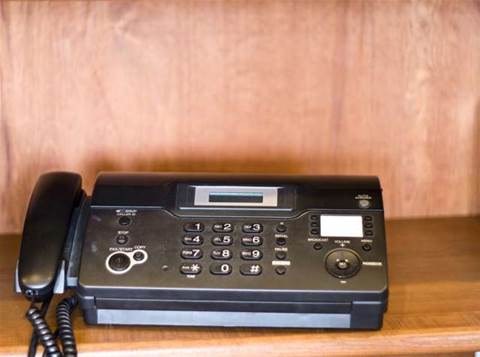 The Victorian Audit Office has criticised the fax-based process used by the state human services department to respond to the safety of children in out-of-home care as "cumbersome" and "inefficient".

Victorian Auditor-General John Doyle today tabled a report into the DHS’ capacity to deal with the increasing number and complexity of children living in government funded out-of-home care, concluding the agency is buckling under the weight.

He reserved particular condemnation for the department’s IT, which he said is threatening its ability to meet statutory obligations to around 500 vulnerable children under its care.

Reports of serious abuse, he said, were encumbered by a slow, paper-based process.

“[Community service organisations] are required to fax incident reports to a DHS divisional office, which then replicates this information into multiple databases," he said.

Under child protection laws, the DHS is required to prepare and track plans for the education, healthcare and treatment of all children in its care and review them annually.

But Doyle and his team found that in nearly 25 percent of cases, the department failed to produce these reports within the mandated six-week timeframe, causing frustration amongst the community service organisations contracted to run the facilities.

The report blamed a “disorganised” client relationship management system for the delays.

“The audit conducted a case file review and found case plans and many other critical documents, such as individual education plans and care and transition plans, difficult to locate within the client information system," it said.

“Case plans were not where they should be in the system, often buried amongst hundreds of other documents.

"As reporting on compliance with legislative obligations relies on this data system, compliance reporting is not reliable.”

It is not the first time the department’s Client Relationship Information System (CRIS) has attracted the attention of the Auditor. It was one of ten “ICT enabled projects” criticised in a report co-authored by Doyle in November 2011.

The report found the system, completed in 2008 for more than twice its original budget at $70 million, causes “stress, frustration and increased desk-based workload” for its users.

In his latest report, Doyle recommended “the lack of an effective information system should be addressed as a priority” by the department.

Yesterday, the Victorian state government pre-empted the report's release by announcing $128 million worth of initiatives to improve the way the state looks after children in its care.

The raft of measures includes $8 million for an outcomes tracking system that will seek to identify issues impacting on children early so they can be addressed in a timely manner by carers, and a new automated incident management system to replace the fax-based reporting  and “significantly improve efficiency”.

In response to the report, DHS Secretary Gill Callister also revealed the department has commenced a trial of the QlikView analytics tool, which is currently being applied to incident data to identify outliers or trends in the rate of adverse events. If the trial goes well it will be expanded across a wider range of reporting outputs, she said.