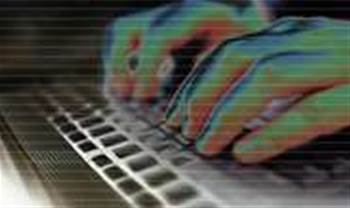 “The need to combat illegal domain name use is well-known and is not controversial,” it argues in the proposal to expedite domain suspensions.

VeriSign does not define exactly what illegal use its policy would cover, however outlines that a takedown could proceed to comply with "any applicable court orders, laws, government rules or requirements, requests of law enforcement or other governmental or quasi-governmental agency, or any dispute resolution process”.

It could also suspend a site "to avoid any liability, civil or criminal, on the part of Verisign".

The suspension powers would enhance its cooperative efforts with “law enforcement and registrars by providing an integrated response to criminal activities that utilize Verisign-managed TLDs and DNS infrastructure.”

Verisign has been called in by authorities for a variety of enforcement related takedowns, ranging from Microsoft’s recent Kelihos botnet kill to the US Immigration and Customs Enforcement (ICE) anti-piracy efforts.

VeriSign stepped in last year for ICE after US film piracy site TVShack.net moved to TVShack.cc, a domain assigned to the Australian territory, Cocos (Keeping) Islands.

The policy would apply to all Verisign .com and .net DNS infrastructure. If ICANN approves the proposal, Verisign will issue registrars a change in the terms in its Registry Registrar Agreements, which will compel them within 30 days of receipt to comply.

It will offer law enforcement a “formalised process” to lodge suspension requests, which may also hit sites used to distribute malware. That process would be supported by independent security advisors, it assured ICANN.

Verisign has already engaged the FBI to formulate the proposal and has taken law enforcement, government Computer Emergency Response Teams (CERT) and domain registrars in the US through a pilot of the suspension procedures.

It plans to roll out pilots to Europe and other regions in the future.

It concedes that some domain registrants may be concerned “about an improper takedown of a legitimate website”, but said it will introduce a “protest procedure” to restore those sites.

“Parties who use domain names for abusive or illegal purposes, and parties who sell services to such abusers, may object to the new policy,” it states, alongside registrars that fear additional compliance workloads.