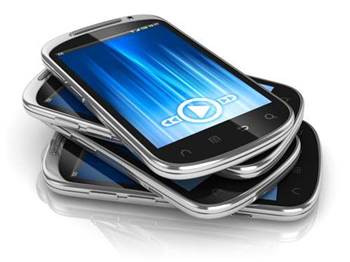 Corporate development vice president Sam King said it would allow Veracode to include mobile application capabilities to its services.

“What our customers were asking for was a solution that could see what apps were doing as people downloaded them to conduct business, there was a concern about putting data at risk and what apps do," he said.

“This is very much focused on application behaviour. What does an application do and what is it sending out and to where? With Marvin you take an app and within ten minutes it will give you a report on what it does and whether it is malicious or not.”

Veracode said that this sits comfortably with its mobile device management and mobile application management technologies.

Veracode CEO Bob Brennan said that companies are now reliant on third party applications that come into their business every day and they needed to be able to vet those apps.

He said: “This is software that they didn't write themselves so you want to understand it and what it does. We prevent the most common form of attack, by going through the open holes in applications and IT departments have not been able to plug those holes as they have not had the technology.”

Veracode said that its mobile offering satisfies both the security requirements of the mobile software development lifecycle and to reduce risks associated with the 'bring your own device' (BYOD) concept, allowing Veracode to help secure nearly everyone in the software supply chain.

Terms of the deal were not disclosed. The acquisition will mean that corporate app stores will be able to leverage Veracode for vetting mobile apps before accepting them.

Theodora Titonis, founder and CEO of Marvin Mobile Security, said: “We are thrilled to be joining Veracode. We believe their position as an application Security-as-a-Service leader, combined with Marvin's mobile app security service, will allow customers to safely embrace the BYOD trend.

“We share Veracode's passion for a more secure world, and through this acquisition we'll deliver the most innovative, comprehensive mobile app protection in the marketplace.”

Got a news tip for our journalists? Share it with us anonymously here.
Copyright © SC Magazine, UK edition
Tags:
acquisitionsmarvin mobile securitymobilessecurityveracode