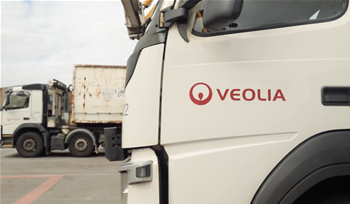 Program gains staff, brought back on track after Covid.

Veolia Australia and New Zealand is preparing to deploy a pipeline of process automations within its finance function after laying the groundwork over the past three years.

However, she noted that the worldwide operations - including Australia - first had to de-duplicate and optimise processes before they could be considered candidates for automation.

“Part of that [transformation] is looking at harmonisation of processes and mutualisation of functions, and incorporated in that is looking at taking out the routine work and trying to open up opportunities for people to be more value-added in their roles,” Mitchell-Viale said.

“What that did when we started our journey was it really highlighted that we had a lot of different processes for the same process flows - across Australia mostly - and so the focus has been to harmonise those processes and get them streamlined before we started the automation journey, to not start that automation focus with a very scattered process landscape.

“So that's where we are now. We've actually really positioned ourselves to start and really roll out that pipeline [of automations].”

Like other organisations, Covid was a temporary hindrance to progressing the transformation, though Mitchell-Viale indicated the project had regained momentum.

“If I look more locally, when I started [three years ago], we were all very excited. We had a list of projects that we wanted to look at, and then Covid hit,” she said.

“With the limited capacity we had last year, that sort of slowed us down.

“I think that is now really coming back again. There's multiple levels of automation happening at the moment [and we’re] looking at really increasing our usage of what we've got.”

“I think after we started and implemented our first bot and really took away a lot of manual work, that has really ignited people's ideas,” she said.

“I think only now we’re really starting to see all these ideas coming in and then the considerations that need to take place [in terms of] capacity and funding constraints: where do we start, and how do we move it forward in the most efficient and effective way for Veolia?”

Mitchell-Viale said that the A/NZ transformation team was able to tap into work performed in other locations via a central ‘RPA dashboard’.

“We have an RPA dashboard where all countries that are part of the Veolia finance transformation Program upload their RPA projects in detail, which process it entails, and provide opportunities for copying and adaptation,” she said.

“We also have an annual program where teams can submit their projects for an award and that's where you really see if you take it more global than just Veolia A/NZ.”

Mitchell-Viale added that another sign that the A/NZ finance transformation is regaining momentum is approval to hire specific resources to tackle the work.

“For a long time, we have tried to do it next to BAU [business-as-usual], so part of my daily job and part of some of the accounting teams' daily jobs was to look for those opportunities and try and work out a project plan,” she said.

“Early in 2021, I was able to really get that focused FTE [full-time equivalent staff] that would really be driving our projects in the rollout of that [automation] pipeline and working with different teams around Veolia, and that really has made a big difference.”

Mitchell-Viale also said there were future possibilities for RPA technology to be extended beyond the finance function, but did not go into detail.