Valentine's spam starts to heat up 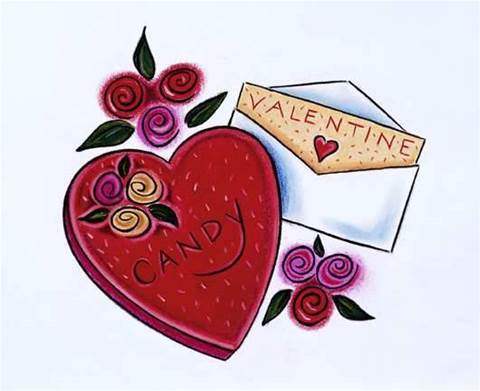 Both Symantec and the US Computer Emergency Response Team (US-CERT) issued advisories to users after a number of malicious spam messages were found to be using Valentine's Day themes as a lure.

US-Cert said that it had received reports of spam messages which contained links to malicious websites.

The sites attempted to download an executable onto the user's system under the names 'youandme.exe' or 'onlyyou.exe'.

The group is advising users to avoid dangerous Valentine's day spam with basic security practices such as avoiding unsolicited links and keeping all system and security software updated.

Meanwhile, researchers at Symantec have already compiled a list of the most popular Valentine's Day spam headlines.

According to researcher Dylan Morss, the list has thus far been dominated by male enhancement products and the lure of free shopping sprees.

"Holding the top three subject line spots is the male enhancement spam crowd who have really taken to this holiday and quickly adjusted their spiel to exploit it," wrote Morss.

"Right behind them is the fake gift card gang and then the replica watch gang."

Got a news tip for our journalists? Share it with us anonymously here.
Copyright ©v3.co.uk
Tags:
messages security spam valentines