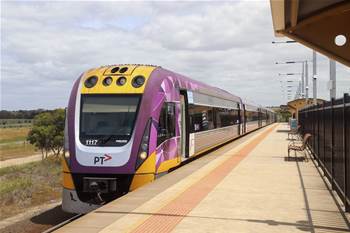 Altay announced his departure this week after close to seven years with the government-owned corporation that operates train and coach services in regional Victoria.

He will take up the role of head of IT at Downer Defence, which was created in a merger of three business units in June 2021.

“After nearly seven years of leading the information and technology teams at V/Line, I have decided it’s time to pursue new challenges,” Altay wrote in a LinkedIn post.

“I have had the opportunity to work with some extraordinary people who have guided and helped, listened, and sometimes just hold a mirror.”

Altay joined V/Line as its general manager for ICT from Melbourne Water in May 2015. He became CIO in August 2018.

Prior to this, he worked at IT services provider Stargate Group for eight years and Crown Casino for almost five years.

According to LinkedIn, Altay oversaw the migration of the entire V/Line compute to Amazon Web Services within nine months during his time as CIO.

He also ran the delivery of “large scale, complex programs of work include a ‘day of operations’ applications [and] an artificial intelligence and machine learning application using AWS services”.

Altay thanked his “very capable, highly accomplished, amicable, and supportive team” for being part of his journey, and who will “continue to deliver for V/Line”.

“I sincerely appreciate and thank each of you for being part of my journey,” he said on LinkedIn, adding that he had “learned and grown immensely”.

“I look forward to my next challenge as the head of IT at Downer Defence.”