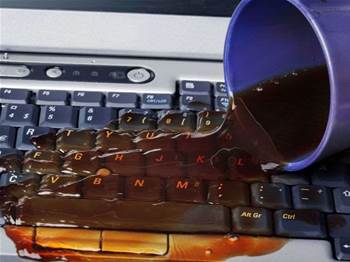 Want a new computer or phone at work? The best way to get an upgrade might be to sabotage the old one, according to research from online backup company Mozy.

The company claimed one in four employees were getting fed up with using old machines, and would consider sabotaging their hardware in a bid to force the IT department to upgrade them.

“There are plenty of people who would be happy to do that because they think the proper process might take too long or leave them with their old machine,” Claire Galbois-Alcaix, EMEA senior marketing manager at Mozy, told PC Pro.

“The average age of work computers in the UK is more than five years old, so a lot of people are still working on computers that are ten years old. Because they have better hardware at home, they might take action to damage their work computer to get an upgrade.”

The warning came after a survey involving 3,000 workers in Britain, France and Germany, which reported that 40% of users believed their old PC was hurting their efficiency at work.

Got a news tip for our journalists? Share it with us anonymously here.
Copyright © Alphr, Dennis Publishing
Tags:
forcehardwarepcssabotagesecuritytoupgradesuserswork