US says no to direct Chinese cable connection to Hong Kong 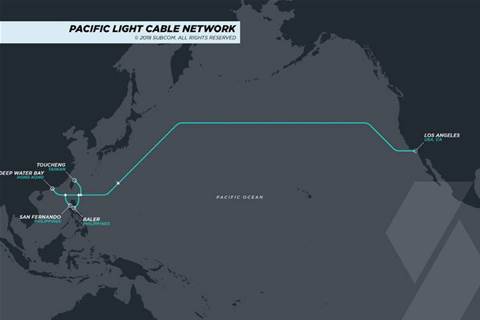 A United States government committee has recommended that the country's telco watchdog, the Federal Communications Commission, denies permit for a direct cable connection to Hong Kong.

The Pacific Light Cable Network is jointly developed by Facebook, Google and a Hong Kong holding company, Pacific Light Data Co Ltd and was expected to become operational in the third quarter of last year.

However, the Team Telecom committee said Pacific Light Data is a subsidiary of Dr Peng Telecom and Media Group, the fourth largest telco provider in the People's Republic of China, which raises national security concerns.

Due to this, the committee wants the FCC to deny PLCN's application for a direct connection between Hong Kong and Los Angeles.

Google and Facebook own one fibre pair each in PLCN, connecting Hong Kong and the US with branch lines to Taiwain and the Philippines, and Team Telecom said these segments can go ahead.

Already, Google has been granted a special temporary authority to operate its PLCN connection between Taiwan and the US for six months, provided it takes security measures set out by American government agencies.

The American government cited China's "sustained effort to acquire the sensitive personal data of millions of US persons" as a reason for its recommendation to the FCC.

Recent Chinese cyber and intelligence laws and the obligations these place on Dr Peng Group raise the risk of the subsea cable being vulnerable to exploitation and data connection, the committee said.

China's recent actions to remove Hong Kong's autonomy which would allow its intelligence and security services to operate openly in the former British colony were also cited as reasons for concern by the committee.

Team Telecom which is formally known as the Committee for the Assessment of Foreign Participation in the United States Telecommunications Services Sector was set up by the Trump Administration in executive order by the US president in April this year.