US regulators expected to wrap up Google probe 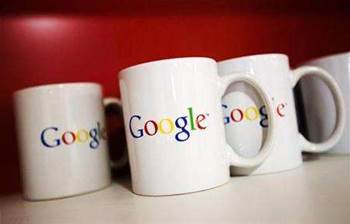 The end of 'scraping'?

US regulators this week could drop their investigation of how Google ranks certain searches, without requiring any major changes in how the online giant does business, according to two people knowledgeable about the investigation.

Google had been accused of giving competitors in lucrative areas like travel a lower ranking in search results, thus making it harder for their customers to find them.

But the Federal Trade Commission is expected to conclude that Google's actions were legal and end its more than two-year probe of the company.

FTC Chairman Jon Leibowitz has said he wanted the case wrapped up by the end of the year. He is widely expected to step down within a month bu t has not announced his resignation.

Google is expected to agree to some changes in its business practices, however. For example, it is expected to end the practice of "scraping," or using reviews from other websites, for its own products, the sources said.

And it is also expected to allow customers who use its advertising network to be able to export data on the effectiveness of those ad campaigns, the sources said.

Google and the FTC are also expected to reach an agreement on when the company can request sales bans when filing patent infringement lawsuits.

The company is expected to agree to strict conditions when filing these lawsuits if the patent in question has been determined to be essential to a standard, the sources said.

The European Commission, which is also probing Google on the issue of search fairness, i s expected to announce a decision next month.

Google's US critics, anticipating disappointment from the FTC, have already said they would take their evidence to the Justice Department to press the antitrust division to take up the case. (Reporting By Diane Bartz)