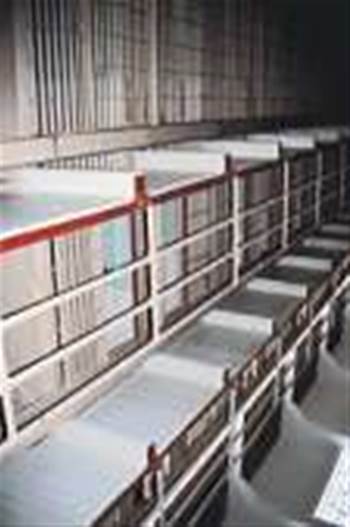 Two US men have been sentenced to more than five years in prison for organising and running an international pornographic spamming business that netted over US$1m.

Jeffrey Kilbride, 41, of California, and James Schaffer, 41, of Arizona, were sentenced by US District of Arizona Judge David Campbell. Kilbride was sentenced to 72 months in prison and Schaffer to 63 months.

Kilbride received a heavier sentenced after obstructing justice by attempting to prevent a government witness from testifying at trial. Both men were fined US$100,000 and ordered to pay US$77,500 in restitution to AOL.

The judge also ordered the defendants to jointly forfeit more than US$1.1m, the amount of illegal proceeds from their spamming operation.

A federal jury in Phoenix convicted Kilbride and Schaffer in June on eight counts, including violating the Controlling the Assault of Non-solicited Pornography and Marketing (CAN-SPAM) Act of 2003 by sending messages using falsified headers and domain names.

The three-week trial was the first to include charges under the CAN-SPAM Act designed to crack down on the transmission of pornography in commercial bulk unsolicited email.

Kilbride and Schaffer established a spamming operation in the US in 2003, sending millions of messages advertising hardcore pornography websites. The men earned commission for each person they caused to subscribe to one of the sites.

Hardcore pornographic images were embedded in each email and were visible to anyone who opened the email.

Following the passing of the CAN-SPAM Act in late 2003, Kilbride and Schaffer attempted to evade prosecution by remotely logging-in to servers in Amsterdam.

The men were able to make it appear that the messages originated from abroad, when they were actually being sent from Phoenix, Arizona.

AOL and the US Federal Trade Commission received over 1.5 million complaints from spam recipients, including some who had set parental controls to protect their children from accessing graphic sexual content.

The evidence at trial established that the defendants falsified the header information and domain names of the messages they sent by creating a fictitious employee at a shell corporation in the Republic of Mauritius in order to hide their criminal conduct.

Kilbride and Schaffer also used bank accounts in the Republic of Mauritius and the Isle of Man to receive and funnel the proceeds from the operation and to further insulate themselves from detection by US law enforcement.

Got a news tip for our journalists? Share it with us anonymously here.
Copyright ©v3.co.uk
Tags:
downpornsecuritysentspammersus