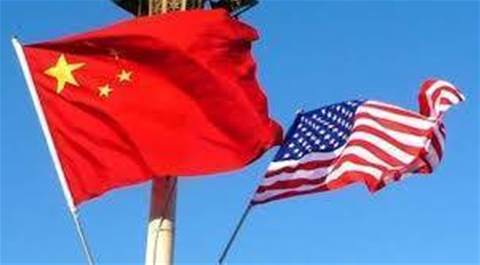 As part of appeal by the telco to having its authorisation revoked.

The US Federal Communications Commission (FCC) has asked a federal appeals court to reject China Telecom Corp's bid to continue providing services in the United States, after the telecommunications regulator revoked its authorisation to operate last month.

The US arm of China's largest Chinese telecommunications company asked the US Appeals Court for the District of Columbia this month to block the order.

"China Telecom has no likelihood of succeeding on its claims," lawyers for the Justice Department and FCC wrote in a court filing.

China Telecom Americas, which declined to comment, was ordered on October 26 by the FCC to discontinue US services by early January over national security concerns.

The FCC added, "It is undisputed that China Telecom is wholly owned by a Chinese entity, which is in turn majority-owned and controlled by a Chinese state-owned enterprise."

China Telecom, which has been authorised for the past 20 years to provide telecommunications services in the United States, had more than 335 million subscribers worldwide in 2019.

It also provides services to Chinese government facilities in the United States and has warned that FCC action would force it "to end its entire resold mobile resale service in the US."

China Telecom said it must notify customers of the decision by December 4 and said that without a temporary halt to the FCC action it "will be forced to cease significant operations, irreparably harming its business, reputation, and relationships."

The FCC rejected the arguments saying there is "little basis" to speculate China Telecom’s "reputation for reliable service is fatally undermined by a government order requiring it to cease providing services."

In March, the FCC began efforts to revoke the authorization for China Unicom Americas, Pacific Networks and its wholly owned subsidiary ComNet to provide US telecommunications services.

In May 2019, the FCC voted unanimously to deny state-owned Chinese telecom firm China Mobile the right to provide US services.