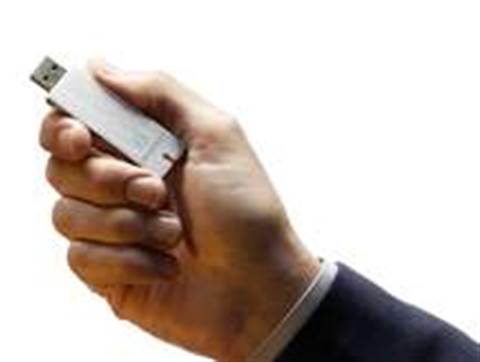 The U.S. Department of Defense has banned USB drives and other removable media after a worm hit military networks.

The U.S. Department of Defense has banned USB drives and other removable media devices after a worm infiltrated Army networks.

“All units are not allowed to use any USB mass storage devices, which includes everything from hard drives to cameras to some printers,” an Army lieutenant told SCMagazineUS.com in an email on Thursday.

Wired, citing internal U.S. Army emails, first reported the story, reporting that a variation of the worm “W32.SillyFDC” was targeting thumb drives and other removable media and spreading through military networks. To stop the infection, the removable storage devices were prohibited on all military networks, including classified one, Wired said.

Department of Defense spokesman Lt. Col. Eric Butterbaugh did not address the ban but told SCMagazineUS.com that the agency aggressively monitors its networks for intrusions and regularly provides guidance its field officers about threats and measures to ensure its information systems remain secure.

“If someone loads malware on a USB drive and drops it in a parking lot, it's human nature to want to use this thing,” Zimski said. “You don't think of it as a threat.”

Another security issue with USB drives is the risk of data loss. Enterprises must be aware of what information is being copied onto the stick, how it is it being protected and what happens when that device leaves the enterprise, Zimski said.

USB infection occurs in two main ways, said a Symantec blog post Wednesday. After being installed on an already infected computer, a malicious application can copy itself onto a USB drive and look like a legitimate image or video file. A user is infected once he or she manually executes the file.

The other primary USB infection method is called an “autorun.inf modification” and uses the Windows “autorun” feature to launch the malicious file and causes infection without any user interaction.

US-CERT issued an advisory about the increase in USB flash drive attacks and recommended users install anti-virus software and keep signatures up to date. The group also recommended that users not connect unknown or untrusted flash drives to a compute - and disable "autorun" or "autoplay" features for removable media.