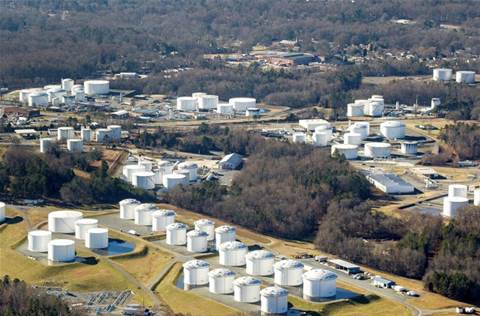 US government officials were working closely with top US fuel pipeline operator Colonial Pipeline on Sunday to help it recover from a ransomware cyber attack that forced the company to shut a critical fuel network supplying populous eastern states.

The attack is one of the most disruptive digital ransom operations reported and has prompted calls from American lawmakers to tighten protections for critical US energy infrastructure against hackers.

"It's an all hands on deck effort right now," Raimondo said on CBS' "Face the Nation" program.

"We are working closely with the company, state and local officials, to make sure that they get back up to normal operations as quickly as possible and there aren't disruptions in supply."

Colonial said on Saturday it was "continuing to monitor the impact of this temporary service halt" and to work to restore service.

Neither Raimondo nor the company gave an estimate for a restart date and Colonial declined further comment on Sunday.

Colonial transports roughly 2.5 million barrels per day of gasoline and other fuels from refiners on the Gulf Coast to consumers in the mid-Atlantic and southeastern United States.

While the US government investigation is in the early stages, a former US official and two industry sources said the hackers are likely a professional cyber criminal group and that a group called DarkSide was among potential suspects.

DarkSide is known for deploying ransomware and extorting victims while avoiding targets in post-Soviet states.

Ransomware is a type of malware designed to lock down systems by encrypting data and demanding payment to regain access.

Cybersecurity firm FireEye has also been brought in to respond to the attack, according to the two industry sources. FireEye declined to comment.

Colonial has said it was working with a "leading, third-party cyber security firm," but did not name the firm.

Bloomberg News, citing people familiar with the matter, reported late on Saturday that the hackers are part of DarkSide and took nearly 100 gigabytes of data out of Colonial’s network on Thursday ahead of the pipeline shutdown.

Messages left with the DarkSide hackers were not immediately returned.

The group's dark website, where hackers regularly post data about victims, made no reference to Colonial Pipeline.

Colonial declined to comment on whether DarkSide hackers were involved in the attack, when the breach occurred or what ransom they demanded.

President Joe Biden was briefed on the cyber attack on Saturday morning, the White House said, adding that the government was working to try to help the company restore operations and prevent supply disruptions.

Another fuel pipeline serving the same regions carries a third of what Colonial does.

Any prolonged outage would require tankers to transport fuels from the US Gulf Coast to East Coast ports.

Gasoline futures and diesel futures on the New York Mercantile Exchange rose on Friday after the outage was reported.

Oil refining companies contacted by Reuters on Saturday said their operations had not yet been impacted.

Some were monitoring developments and working to find alternative transport for customers.