US FCC chief backs some rationing of Internet traffic 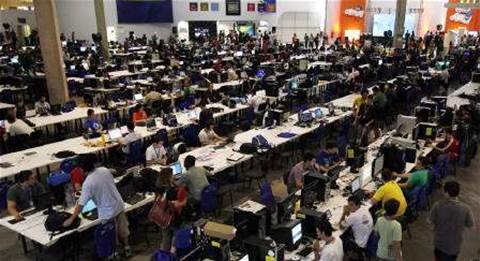 US Internet service providers would be allowed to ration web traffic on their networks under a strategy unveiled by the top US communications regulator that no longer focuses solely on open access.

The rules would be more flexible for wireless broadband, Genachowski said in a speech on Wednesday, acknowledging that wireless is at an earlier stage of development than terrestrial Internet service.

The proposal has been placed on the agenda for a Dec. 21 FCC open meeting.

Some analysts said usage-based pricing could benefit landline Internet providers like Comcast and Time Warner Cable, with them charging more for data-intensive activities like the downloading of movies.

"The tacit endorsement of (usage-based pricing) is, in our view, the biggest news of the day, and must be viewed as very positive for terrestrial broadband operators," Bernstein Research said in a note to investors.

The FCC's ability to regulate the Internet has been in doubt since an appeals court in April said the agency lacked the authority to stop cable company Comcast from blocking bandwidth-hogging applications.

Genachowski's proposal will not seek to reclassify broadband services under existing telephone rules, referred to as Title II and generally considered to be a stricter regulatory regime.

A senior FCC official said the agency has "sufficient legal authority" to proceed without reclassification and will invoke legal arguments not pursued during the Comcast case.

"The proposed framework would prohibit the blocking of lawful content, apps, services, and the connection of non-harmful devices to the network," Genachowski said in his speech, streamed over the Internet.

"Our work has also demonstrated the importance of business innovation to promote network investment and efficient use of networks, including measures to match price to cost such as usage-based pricing," he said.

It is unclear whether Genachowski's middle-ground approach will be sufficient to win over the five-member FCC.

Democrats hold a majority on the panel and have supported the concept of net neutrality, but could withhold support from any measure they view as too weak.

Republican Commissioner Robert McDowell issued a statement saying the proposed rules would upend three decades of consensus that the Internet is best able to thrive in the absence of regulation.

Broadband providers say they should be able to manage their networks, but some public interest groups and content providers argue that there should be a level playing field for all Internet users.

Even if the rules are adopted, the agency could also face further legal challenges.