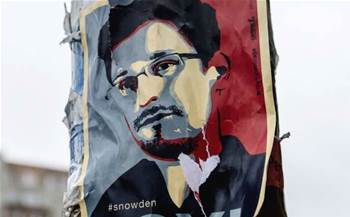 A United States spying program that systematically collects millions of Americans' phone records is illegal, a federal appeals court has ruled, putting pressure on Congress to quickly decide whether to replace or end a controversial program aimed at fighting terrorism.

Ruling on a program revealed in 2013 by former government security contractor Edward Snowden, the 2nd US Circuit Court of Appeals in Manhattan said the Patriot Act did not authorise the National Security Agency to collect Americans' calling records in bulk.

Circuit Judge Gerard Lynch said Section 215, which addresses the FBI's ability to gather business records, could not be interpreted to have permitted the NSA to collect a "staggering" amount of phone records, contrary to claims by the Bush and Obama administrations.

"Such expansive development of government repositories of formerly private records would be an unprecedented contraction of the privacy expectations of all Americans," Lynch wrote.

"We would expect such a momentous decision to be preceded by substantial debate, and expressed in unmistakable language. There is no evidence of such a debate."

The appeals court did not resolve the question of whether the surveillance was unconstitutional.

It also declined to halt the program, noting that parts of the Patriot Act including Section 215 expire on June 1.

Lynch said it was "prudent" to give Congress a chance to decide what surveillance is permissible, given the national security interests at stake.

Enacted after the Sept. 11, 2001 attacks, the Patriot Act gives the government a wide variety of tools to investigate terrorism.

Today's decision voided a December 2013 ruling in which US District Judge William Pauley in Manhattan found the NSA program lawful. The appeals court sent the case back to him for further review.

Next step in Congress

US Attorney General Loretta Lynch said at a Senate budget hearing today that NSA data collection was a "vital tool in our national security arsenal," and that she was unaware of privacy violations under its existing program.

While the government could appeal today's decision, it may wait for Congress. If Congress changes Section 215, then courts may need to review what it does. But if it reauthorises Section 215, the issue could end up before the Supreme Court.

Ned Price, a spokesman for the White House's National Security Council, said President Barack Obama wants to end the NSA program, and is encouraged by the "good progress" Congress is making to find an alternative that preserves its "essential capabilities."

Last week, the House Judiciary Committee voted 25-2 in favour of the USA Freedom Act, which would end the bulk collection of telephone data, and the bill is expected to pass the full House.

A similar bill has been proposed in the Senate, but passage remains uncertain.

Majority Leader Mitch McConnell and Richard Burr, the Republican chairman of the Senate Intelligence Committee, have introduced legislation to extend Section 215 and other parts of the Patriot Act through 2020.

The existing NSA program has repeatedly been approved in secret by a national security court established under a 1978 law, the Foreign Intelligence Surveillance Act.

"FISA has been critically important in keeping us safe in America," McConnell said.