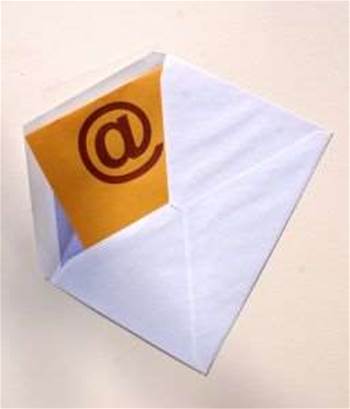 Microsoft's Live@edu hosted email service has won another 40,000 student accounts from a new agreement with the University of Western Sydney (UWS).

By October 5, UWS would have moved all students from its legacy, in-house email system to a custom Live@edu implementation called MyMail.

UWS IT director Mick Houlahan said the move was intended to address student demand for larger storage capacities, a mail forwarding function, and email access on their smartphones.

The university went to tender for a hosted email system in October 2009 and picked Live@edu over Google's rival Gmail service in January.

While the services were "very similar", Live@edu was found to have "very strong synergies" with UWS' existing Microsoft systems, Houlahan said.

Microsoft presented an attractive offer, agreeing to provide UWS-branded email and calendar functions to all students and alumni, with no third-party advertisements and no licensing costs.

The software giant would also be responsible for handling all server-side, technical issues, taking some pressure off UWS' resource-strapped IT team.

"From our perspective, trying to provide 24x7 support for this kind of stuff is incredibly difficult," Houlahan told iTnews.

"A number of universities are outsourcing their student email; we're following that trend."

In exchange, Microsoft would have access to 40,000 students who may choose to continue using its familiar webmail and software products after graduating, Houlahan mused.

"The thing for them is they're looking to get lots of users for their service, when our students graduate," he said.

All email systems and data would be hosted by Washington-based Microsoft. Meanwhile, account provisioning and password verification would take place on local UWS servers.

In total, the project was estimated to cost $50,000 for servers that would authenticate users each time they logged on, and the services of Microsoft implementation partner Ensyst.

Houlahan said he would have liked to introduce MyMail at the start of a university session - either before early March or late July - but implementation was delayed by legal concerns.

"It's been pretty slow for us," he said, describing legal discussions about the ownership of data and jurisdictional laws that would apply.

Like many other cloud computing customers, the university had been concerned about whether its data would be subject to the U.S. Patriot Act, or if it would be protected by Australian Privacy Law.

"Because the service is being delivered from the U.S., the law of the State of Washington would apply," he said.

With the legal uncertainties settled, Houlahan did not expect there to be any significant roadblocks to the rollout, although "there might be some student resistance on philosophical grounds, if they [students] were anti-Microsoft."

Students would be notified of the change via the university's website, online teaching resources, the student union and offline notice boards.

The university was also considering moving its Exchange-based staff email to Live@edu within two years.