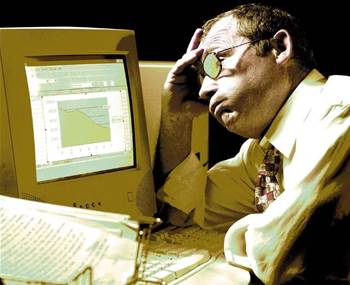 A university in New Jersey has accused Oracle of lying about the customisation required to implement its PeopleSoft enterprise resource planning system, causing the project to fail.

In an amended complaint lodged this week with the US District Court of New Jersey, the Montclair State University said Oracle intentionally misled it over the level of resourcing and customisation needed to complete the project, Computerworld US reports.

The university's "BellTower" Oracle contract was signed in 2009, aimed at delivering web-based self-service and a system to manage budgets, student records, admissions, advising, payroll and campus planning within two years.

The university filed its initial complaint in April this year, alleging the vendor had breached the terms of the $20 million contract, which would cost the university another $10 million to remedy, according to New Jersey On-Line.

The vendor had been paid $6 million but wanted another $5.3 million for unfinished work on the project, which ground to a halt in November last year. Oracle contractors allegedly handed over access keys to Montclair's CIO and left the project.

The university claims Oracle attempted to extort it after it failed to meet a "go-live" date for the finance component of the deployment.

In the amended complaint, the university claims the project became a failure because of Oracle's early misrepresentations.

It said Oracle claimed the system would satisfy 95 per cent of its requirements, however omitted in a live demonstration that what it showed would require a third-party product called Embark, "suggesting the initial 'live' demonstration was rigged".