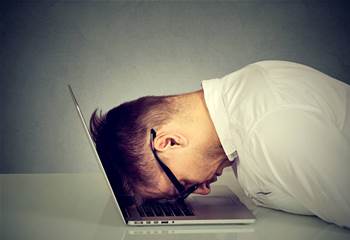 Payment taken, but no application recorded.

Unfair dismissal applications and other other documents were lost for good during two outages of the Fair Work Commission’s online lodgement service earlier this year.

The service disruptions, which took place on April 1 and May 31, impacted the lodgment of applications for unfair dismissal, workplace bullying, award and enterprise agreement disputes at the height of the coronavirus pandemic.

The outages only came to light when an applicant that lost paperwork had to then seek an extension to redo it.

Majid Nasiri lodged an online unfair dismissal application on May 31 to dispute the termination of his employment from BHP.

The lodgment was made within 21 days of the dismissal taking effect, as is required by law.

But a FWC decision, released this month, showed that when Nasiri contacted the FWC there was no record of his application.

"He completed an on-line unfair dismissal application on 31 May 2020 and provided a screenshot showing that the Fair Work Commission charged him the $73.20 application fee on that date," the decision states of Nasiri's position.

"After lodgement, he contacted the Fair Work Commission a few times to get an update on his case and was told that the Commission could not locate my application, and that he should submit it again."

Nasiri then lodged an application for unfair dismissal remedy - which can be submitted beyond the normal 21 days after a dismissal - on June 29.

Commissioner Christopher Platt said he corresponded with the FWC’s finance and IT team and was “advised that on 31 May 2020 an error in the lodgement system occurred”.

He said this had “resulted in application not being recorded but the application fee being charged”.

“I find that the applicant made a valid claim in respect of his dismissal on 31 May 2020 which is within the time permitted by the Act,” Platt said.

“It was not his fault that an error in the Commission’s IT system did not retain his application after taking payment.

“Whilst the text of the claim is not retrievable, that does not alter the fact that Mr Nasiri lodged a claim challenging his dismissal.”

A Fair Work spokesperson told iTnews that it understood "a small number of clients (fewer than 10) were affected".

The spokesperson said that “in most instances lodgment timeframes weren’t affected and the issue was able to be resolved through re-lodgment of the application."

The spokesperson did not answer iTnews' questions on the cause of the errors.