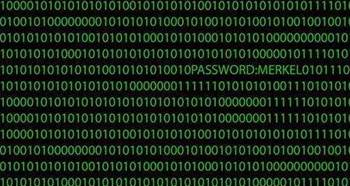 A computer with a series of numbers is seen in this picture illustration taken in Frankfurt October 28, 2013. Credit: Reuters/Kai Pfaffenbach

Goes to vote later this month.

Germany and Brazil have circulated a draft resolution to a UN General Assembly committee that calls for an end to excessive electronic surveillance, data collection and other gross invasions of privacy.

The draft resolution, which both Germany and Brazil made public, does not name any specific countries, although UN diplomats said it was clearly aimed at the United States, which has been embarrassed by revelations of a massive international surveillance program from a former US contractor.

It would also call on UN member states "to take measures to put an end to violations of these rights and to create the conditions to prevent such violations, including by ensuring that relevant national legislation complies with their obligations under international human rights law."

The resolution will likely undergo changes as it is debated in the General Assembly's Third Committee, which focuses on human rights.

It is expected to be put to a vote in the committee later this month and then again in the General Assembly next month, diplomats said.

"We have received the draft and will evaluate the text on its merits," said an official at the US mission to the United Nations.

Several diplomats said they would be surprised if the resolution did not receive the support of an overwhelming majority of UN member states.

Brazilian President Dilma Rousseff and German Chancellor Angela Merkel have both condemned the widespread snooping by the U.S. National Security Agency. Charges that the NSA accessed tens of thousands of French phone records and monitored Merkel's mobile phone have caused outrage in Europe.

The resolution would urge states "to establish independent national oversight mechanisms capable of ensuring transparency and accountability of State surveillance of communications, their interception and collection of personal data."

It would also call on UN human rights chief Navi Pillay to prepare and publish a report "on the protection of the right to privacy in the context of domestic and extraterritorial, including massive, surveillance of communications, their interception and collection of personal data."

Disclosures about a massive US surveillance campaign came from documents leaked to media organizations by former NSA contractor Edward Snowden.

The United States has said it is not monitoring Merkel's communications and will not do so in the future, but has not commented on possible past surveillance.

Last week, the United Nations said the United States had pledged not to spy on the world body's communications after a report the NSA had gained access to the UN video conferencing system.