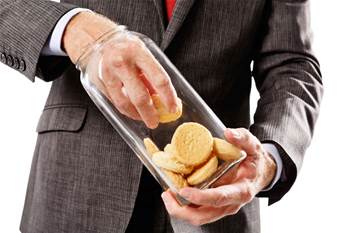 Former Victorian Education deputy Darrell Fraser has admitted to intentionally hiding a $1 million payment to Ultranet provider CSG, but denies he was biased towards any bidders for the $60 million government contract.

Fraser, who headed the notorious Ultranet project, appeared before Victorian corruption watchdog IBAC this week after failing in a legal bid to be exempted from hearings.

He stands accused of being the lynchpin in a circle of alleged favours between mates, lavish travel, and questionable payments that IBAC suggests ultimately drove the contract for implementing the statewide intranet project into less-than-capable hands.

However, Fraser directly denied he had any bias towards an Oracle software solution despite being part of the team that established its original blueprint as part of a pilot program at Glen Waverley Senior College.

He did, however, admit to succumbing to pressure from systems integrator CSG to channel extra funds to the company via an elaborate sham to prevent them from walking away from the project.

Fraser said he oversaw just under $1 million channelled to CSG via a third party company called Alliance Recruitment under the guise of a Ultranet review, to “shroud that transaction from scrutiny, given we were not to spend more money on the Ultranet”.

He said in hindsight the subterfuge was “a grave error in judgment”, but insisted he was acting under pressure from CSG chiefs Julie Ann Kerin and Denis Mackenzie, who he believed could abandon the project if they didn’t get the top-up cash.

The pair had put the case for more money to Fraser over dinner meetings. Mackenzie wrote to Fraser “please, please try to get for me what I discussed. Even a part of it will help if you cannot get all of it but I really do need it for our team and they are committed to making this a success it deserves”.

However Fraser, who subsequently went on to take up a job at CSG, said he was shocked to discover some time later that the $1 million wasn't even spent on the Ultranet project.

“Little did I know that they weren’t spending the money we gave them in the first place on the project. They were supporting other projects internally so, yeah, a bit of a mess,” he told the public hearing.

He said the Ultranet project was under financial pressure from day one - the first round of tendering showed it would cost $100 million, yet the state government was only prepared to allocate just over $60 million.

Fraser’s testimony signalled the completion of the IBAC Ultranet hearings. The commission said it expects to finalise its findings sometime in 2016.

“As a result of our investigation we may also refer matters to other agencies for action, or to consider the commencement of criminal proceedings,” IBAC said.