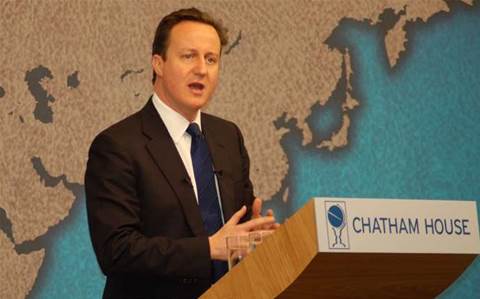 The UK is set to amend its universal service obligation (USO) requirements for telcos, making it a legal right for citizens of the country to demand at least 10 megabit per second broadband.

Currently, the minimum USO for data access in Britain is just 28.8 Kbps, or dial-up speeds.

After data from the telco regulator suggested that 10 Mbps was needed to meet the demands of families and small businesses, the UK government has decided to increase the USO speed.

Under the proposal, the minimum speed specified by the USO will be raised to 2 Mbps by the end of the year, before further increasing to 10 Mbps by 2020.

UK Prime Minister David Cameron said in a statement the aim was to make sure all of Britain is online, in order to become the most prosperous economy in Europe.

"Access to the internet shouldn’t be a luxury; it should be a right – absolutely fundamental to life in 21st century Britain," Cameron said.

"Just as our forebears effectively brought gas, electricity and water to all, we’re going to bring fast broadband to every home and business that wants it."

The government will begin consultation on the five-fold increase in the USO early next year. It said 95 percent of the UK population is on track to have access to government-sponsored broadband that provides speeds of 24Mbps or faster by 2017.

Australia does not currently set minimum speeds for its USO.

Telco industry organisation Comms Alliance said in a submission to a recent inquiry [pdf] that it does not support extending the mandatory service provision beyond voice to broadband. It claims such a requirement would be costly and distort competition.