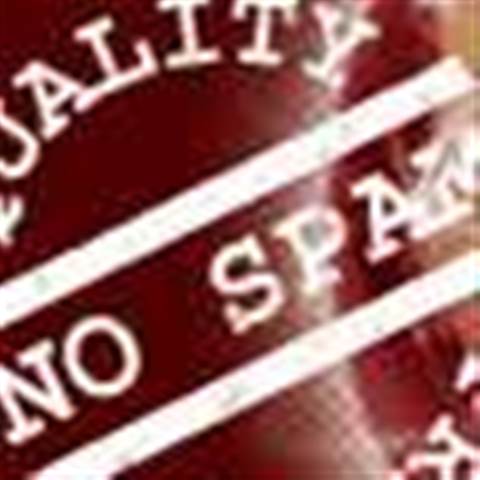 Almost no false positives either.

UK tech company ClearMyMail has launched what it claims is the world's first guaranteed 100 per cent no-spam email service.

The new service promises to stop all forms of rogue email using its own anti-spam filtering processes which has been in testing for the past year.

The company has already attracted users from over 100 countries along with venture capital funding for its creators.

"I firmly believe that domestic and small business users of email are neglected when it comes to preventing spam, and this is a gap we aim to fill," said Dan Field, managing director of ClearMyMail.

"Our year-long rigorous testing makes me supremely confident that not one rogue email is going to slip through our network. As the spammers find more intelligent ways of sending their mails we will be there to keep stopping them. "

Field added that the system has the ability to stop the new wave of image spam that has been increasingly hitting in-boxes.

However, Graham Titterington, a principal analyst at Ovum, was sceptical about the company's claim of 100 per cent spam elimination.

"Everyone's definition of spam is different," said. "There is a core of spam that is universally accepted to be as such, but on the fringe things such as distribution lists may not be considered spam by everyone. "

Titterington also mentioned that such tightly secured systems will inevitably suffer a lot of false positives, whereby genuine emails will be perceived as spam by the system and hence blocked.

However, said that only a handful of false positives were found during the year of testing.

He added that, in the event of a false positive, email addresses can be added to a white list to make sure emails from that address will not be barred again.

According to Field, the system keeps a copy of blocked email on its servers for 45 days so that customers can retrieve accidentally blocked emails if required.

ClearMyMail uses an 18-stage anti-spam and antivirus filter system. The software is compatible with Macs and PCs and works with any standard email account.

This means that users can keep their own email address and mail can still be used with all normal mail software packages.

Got a news tip for our journalists? Share it with us anonymously here.
Copyright ©v3.co.uk
Tags:
100 cent claims firm guarantee nospam per security uk