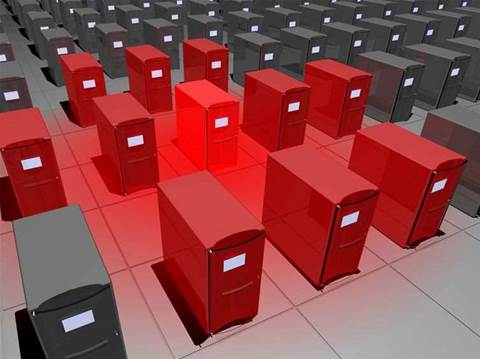 Scheme would give Cheltenham watchers access to private-sector networks

The authorities last year admitted Britain is coming under serious and repeated cyberattacks on its core infrastructure, with targets including the power grid and emergency services.

Now, the British Government is putting pressure on companies to feed traffic data to security experts at GCHQ in Cheltenham, where it would be filtered for suspicious activity, according to the Telegraph. Government Communications Headquarters was Britain's chief signals department where spooks broke Nazi codes in WWII; it was partnered today by the National Security Agency in the US and Defence Signals Directorate in Australia.

GCHQ tools would be embedded in private networks and firms would link their own systems with those at the cybersecurity hub in Cheltenham.

“What we need is greater situational awareness,” the Telegraph quoted Neville-Jones as saying, while she denied that the system would infringe personal privacy.

“What this partnership will not do is start breaking boundaries that we have around privacy and personal data,” she said.

The Government has pledged £650 million to fund cybersecurity between now and 2015, with most of the money expected to be allocated to GCHQ.

Perhaps the most important network to monitor to detect threats to the UK is that of BT and, according to the Telegraph, the company is likely to comply with the Government's requests.

"We already manage security solutions across the UK’s critical national infrastructure and we will be collaborating with the Government to share our expertise in protecting the UK against all cyber threats,” the company told the paper.