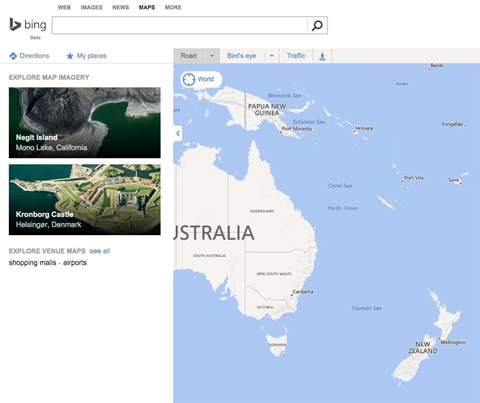 A Microsoft spokesperson confirmed the transfer of several of its imagery acquisition operations to Uber.

“Over the past year, we have taken many actions to focus the company’s efforts around our core business strategy," the spokesperson told iTnews.

"In keeping with these efforts, we will no longer collect mapping imagery ourselves, and instead will continue to partner with premium content and imagery providers for underlying data while concentrating our resources on the core user experience."

The acquisition is widely believed to be part of Uber's ambition to develop its own mapping, logistics and delivery services. Currently, Uber uses Google Maps for mapping.

Uber's move comes after it put US$3 billion on the table for Nokia's Here mapping service in May this year. Nokia Here commands more than four-fifths of the car navigation market and offers live traffic updates for 50 countries.

Prior to the Nokia Here bid, Uber bought enterprise mapping firm deCarta in March this year.

Around 100 Bing employees will be transferred to Uber as part of the deal.

Bing's search engine is not part of the deal.