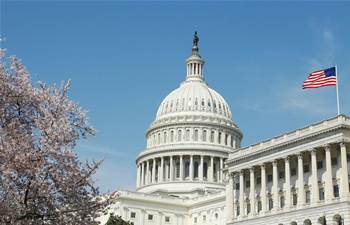 Two US senators are working to attach legislation to allow automakers to deploy tens of thousands of self-driving vehicles on US roads to a bipartisan China bill, a significant reform that could help speed the commercial use of automated vehicles.

Senators Gary Peters, a Democrat, and John Thune, a Republican, have circulated a draft amendment seen by Reuters that would grant the US National Highway Traffic Safety Administration (NHTSA) the power to initially exempt 15,000 self-driving vehicles per manufacturer from safety standards written with human drivers in mind. The figure would rise to 80,000 within three years.

The pair hope to win Senate Commerce Committee approval for their amendment on Wednesday when the panel takes up a bill to provide US$100 billion (A$129.7 billion) in funding for science and technology research and development over concerns about maintaining US competitiveness with China.

The amendment would also allow self-driving companies to disable human driving controls in vehicles when in full self-driving mode.

The amendment comes as concerns grow about a series of crashes involving Tesla's driver assistance system Autopilot that handles some driving tasks but does not make a vehicle autonomous.

The bill says "the United States risks losing its technological leadership in the autonomous vehicle industry, which is a global market opportunity worth an estimated US$8 trillion, unless it enacts policies to protect its leadership against the People's Republic of China and other competitors."

Peters, who chairs a subcommittee overseeing NHTSA, said in a statement the amendment will "ensure that the innovation and testing around autonomous vehicles can continue happening safely under the watchful eye of the Department of Transportation."

Thune and Peters have been working for four years to try to win congressional approval to make it easier to deploy self-driving vehicles.

"Providing the automotive industry with the tools they need to safely test and deploy automated vehicles across the nation will create thousands of jobs and generate billions of dollars in investment, not to mention the numerous safety benefits that AVs have the potential to provide," Thune said in a statement.

But the effort has faced opposition from some including the American Association for Justice, which represents trial lawyers, who argue the bill does not have enough safeguards to protect consumers rights.

Any bill "must include language preserving Americans' rights as they currently stand," the association told senators in a letter seen by Reuters.

"Having the right to file a case in a public court of law incentivizes companies to act in the interest of public safety, and nowhere is this more important than within an emerging market in which the technology is new and largely untested."

After four years, manufacturers could ask NHTSA to expand the exemptions beyond 80,000.

General Motors, Alphabet Inc's self-driving unit Waymo and other automakers for years have urged Congress to make changes to facilitate the deployment of self-driving cars won US roads. Current law allows NHTSA to exempt up to 2,500 vehicles per manufacturer.

Thune said opponents "should understand that our amendment is about bolstering US technological leadership to ensure we stay ahead of China in development, manufacturing, and deployment of AVs."