Two-thirds of major NSW Health IT projects are running late 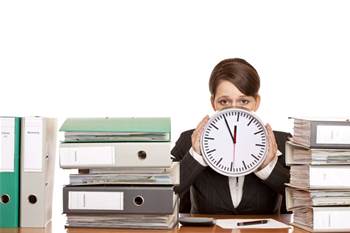 Six of the NSW Department of Health’s nine largest technology projects are running behind schedule, prompting the state’s auditor-general to call for a review into the way IT initiatives are managed.

The health system’s IT authority, eHealth NSW, currently has nine projects worth more than $20 million on its books.

These include the $170 million statewide electronic medications management rollout, a $90 million rostering overhaul, and the $31 million migration into the GovDC data centres.

But more than half have seen their schedules slip by between one and five years.

According to a report (pdf) handed down by acting NSW auditor-general Tony Whitfield today, eHealth NSW blamed the delays on “the complexity of change management processes involved across health entities, as well as vendor/supplier capability and capacity issues”.

The health department has budgeted to spend $671 million on all nine projects, which it expects to deliver a return on investment of equivalent to $2.7 billion, or $3.98 for every dollar spent.

eHealth NSW has insisted it is systematically recording the reasons each of its projects falls behind schedule so it can apply lessons learnt to projects still to come.

However, a frustrated Audit Office said the agency needs to redo the review after the revised completion dates for six of the nine major information technology projects were delayed from the dates advised last year.

eHealth NSW said it introduced mandatory post-implementation reviews for all IT programs in May, and will begin actively enforcing compliance with the new requirement by the end of the calendar year.