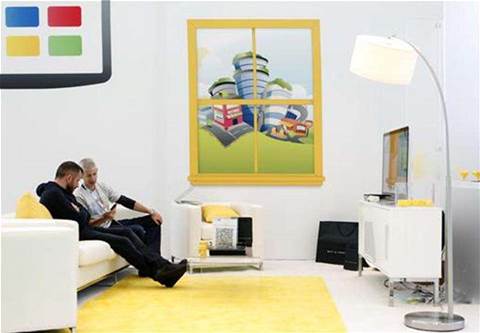 No more real-time feed of tweets.

Twitter lashed out at changes Google unveiled for its search engine this week, describing them as "bad" for consumers and for Web publishers.

Twitter said Google's changes would make it tougher for people to find the breaking news often shared by users of its service.

"As we've seen time and time again, news breaks first on Twitter. As a result, Twitter accounts and Tweets are often the most relevant (search) results," the company said in a statement.

"We're concerned that as a result of Google's changes, finding this information will be much harder for everyone. We think that's bad for people, publishers, news organizations and Twitter users," the statement continued.

Twitter's criticism, which came hours after Google announced new features aimed at making search results more personalised, underscored the growing competition between the Web companies. And it comes at a time when Google is facing antitrust scrutiny for favouring its own services within its search results.

A Twitter spokesperson declined to answer a question about whether the company might reach out to antitrust regulators about Google's changes.

"We are a bit surprised by Twitter's comments about Search plus Your World, because they chose not to renew their agreement with us last summer," Google said in a public post.

A 2009 agreement, allowing Google to offer a real-time feed of Twitter messages within its search results, expired in July.

Google also said it was abiding by code embedded within certain Twitter messages instructing search engines not to rank the messages within their search results.

Google launched a social network in June, dubbed Google+, that offers many of the capabilities available on Twitter and on Facebook.

With Tuesday's changes to Google's search engine, photos and posts from Google+ will increasingly appear within the search results.

The changes effectively create customised search results for people who are logged in to Google. A person who searches for the term "Hawaii," for example, might find private photos that their friends have shared on Google+ as well as public information about the islands.

Twitter's general counsel, Alex Macgillivray, a former Google attorney, said in a Tweet on Tuesday that Google's changes "warped" Web searches and represented a "bad day for the Internet."