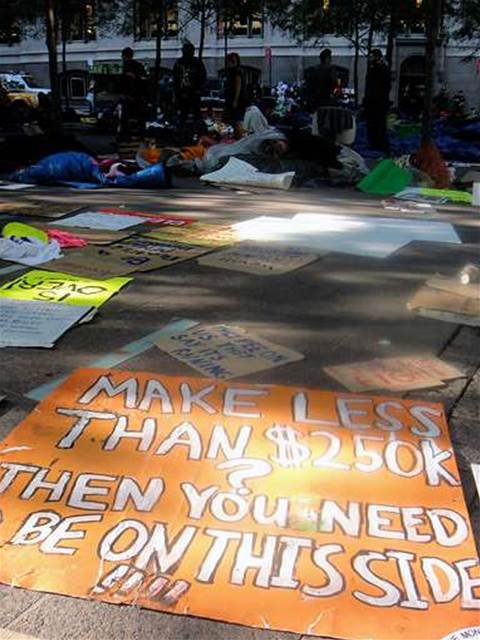 Twitter filed a motion in a New York criminal court on Tuesday seeking to quash a subpoena for Tweets and account records associated with Malcolm Harris, a Twitter user who was arrested last fall on the Brooklyn Bridge during an Occupy protest.

Prosecutors in Manhattan have sought to build a case around Harris' Tweets by arguing that they show Harris was "well aware of the police instructions, and acted with the intent of obstructing traffic on the bridge," according to court filings.

Harris lost a bid to squash the subpoena in April, after a judge ruled that Twitter holds a license to its users' Tweets.

But the company stepped in on Harris' behalf on Tuesday to argue that the license did not apply to Harris because Twitter's terms of service allow users to retain ownership of the content they publish.

Twitter's motion offered some insight into the six-year-old company's legal posture at a time when it is becoming increasingly entangled in criminal prosecutions involving users.

In the past year, protesters around the world have relied on the service to organise and disseminate information during demonstrations.

"Yesterday we filed a motion in NYC to defend a user's voice," Twitter's legal counsel, Benjamin Lee, said in a Tweet on Tuesday. He added: "#corevalues."

The Manhattan district attorney's office served a subpoena for Tweets by Harris that are no longer available because Harris deleted them. The Tweets cover three months in 2011.

In March, a judge ordered Twitter to hand over information about an account that police said was indirectly tied to the Occupy Boston movement.