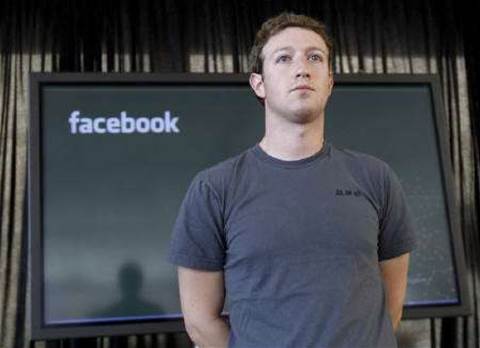 Did Zuckerberg take advantage of the Winklevi?

Cameron and Tyler Winklevoss found a skeptical audience on Tuesday as they tried to persuade a US appeals court to let them out of a US$65 million settlement over the founding of online social network Facebook.

The saga of the Winklevoss twins and Facebook Chief Executive Mark Zuckerberg became silver screen lore with the release of the film "The Social Network" last year. It has long been a legal battle as well.

The 6-foot, 5-inch (1.96-metre) brothers were hard to miss in the front row at the US Ninth Circuit Court of Appeals on Tuesday.

The two, Olympic rowers who participated in the 2008 games in Beijing, both wore dark suits and listened quietly as a three-judge panel peppered their attorney with questions.

Zuckerberg did not attend.

The Winklevoss twins, along with Divya Narendra, started a company called ConnectU while they were students at Harvard University.

The twins argue that based on an internal valuation at the time that Facebook did not disclose, they should have received more Facebook shares as part of the 2008 settlement of the dispute.

Facebook argues it was under no obligation to reveal an internal valuation.

Senior Judge J. Clifford Wallace pointed out that the twins had several lawyers representing them at settlement talks and that their father is a business expert.

That makes it difficult to believe that anyone took advantage of them, Wallace said.

"I agree my clients were not behind the barn door when brains were passed out," said Jerome Falk, an attorney for the twins.

After the hearing, Cameron Winklevoss said they are looking forward to a decision.

"I just think it's in the hands of the court," he said.

A Facebook representative said via email that the company appreciates the court's time and also looks forward to a decision.

Facebook earned US$355 million in net income and US$1.2 billion of revenue in 2010's first nine months, according to documents that Goldman Sachs provided to clients last week to entice investors in a special fund set up to invest in the social networking giant.

A growing secondary market has developed for buying and selling private shares of Facebook, and many investors are eagerly anticipating a potential initial public offering of Facebook.

At one point the ConnectU founders agreed to a settlement valued at US$65 million in cash and stock, Falk noted during Tuesday's proceeding.

"Then they suffered a bout of settlers' remorse," Facebook said in a court filing.

A federal trial court judge refused to allow the twins to get out of the deal. They then appealed to the 9th Circuit.

Facebook attorney E. Joshua Rosenkranz also argued on Tuesday that the ConnectU founders were surrounded by a "platoon" of lawyers when they negotiated the deal.

"No one was misled here," Rosenkranz said.

Goldman Sachs and Russia's Digital Sky Technologies this month snagged a deal to invest up to US$1.5 billion in Facebook, valuing the world's No. 1 social network at roughly US$50 billion -- exceeding the likes of Yahoo Inc and many other large, multinational companies.

Google, operator of the world's No. 1 Internet search engine, has a market capitalisation of roughly US$197 billion