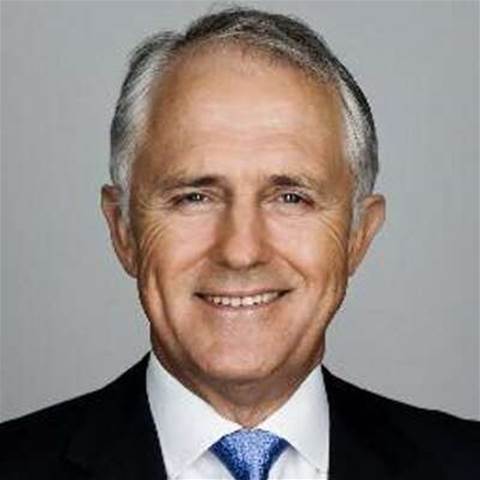 Former Communications Minister Malcolm Turnbull has been elected by the Liberal Party as Australia's new Prime Minister designate after beating Tony Abbott by ten votes in a leadership ballot.

Turnbull resigned from his portfolio on Monday afternoon ahead of his tilt at the leadership.

A vote late on Monday night saw 54 Coalition MPs put their support behind Turnbull, compared to 44 for Abbott.

Earlier today Turnbull said he had been urged to make a run for the top job by "many people over a long period of time".

Following the ballot results, Turnbull thanked Abbott for his service, and said the focus now was on providing Australians an economic vision that describes how the country will tackle challenges - such as disruption driven by technology - and seize opportunities arising from them.

"This has been a very important, sobering experience today. I'm humbled by it," he said.

"We need to have in this country - and we will have now - an economic vision, a leadership that explains the great challenges that we face, and describes the way in which we can handle those challenges and seize those opportunities, and does so in a manner that the Australian people understand. So that we are seeking to persuade rather than seeking to lecture."

He said the Turnbull-led government would be "thoroughly Liberal".

"It'll be committed to freedom, the individual and the market," Turnbull said.

"It'll be focused on ensuring that in the years ahead, as the world becomes more and more competitive, and greater opportunities arise, we are able to take advantage of that.

"The Australia of the future has to be a nation that is agile, innovative and creative.

"We cannot be defensive .. we have to recognise that the disruption we see driven by technology, the volatility and change, is our friend if we are agile and smart enough to take advantage of it."

Abbott had been facing unrest within his party over the government's performance since early this year. It was the second challenge to his leadership he had faced inside seven months.

The fallout from the leadership change within cabinet will become clear in coming days. Ministers such as Finance Minister Matthias Cormann - who holds responsibility for government IT - and Treasurer Joe Hockey, among others, publicly supported former PM Abbott.

Once sworn in, Turnbull will need to appoint a successor to the vacant Communications Minister role.

All eyes will be on how Turnbull as PM and his new Comms Minister handle the national broadband network, which Turnbull was famously ordered to “destroy” by Abbott.

Alongside the fundamental reshaping of the NBN, Turnbull's tenure in the Communications portfolio has been categorised by the introduction of unpopular telecommunications and internet reforms as well as a push for digital government.

Turnbull was forced to step in to sell the government's data retention policy to the public following a disastrous interview by Attorney-General George Brandis.

He was also put in charge of the government's overseas website blocking bill, aimed at cutting down on copyright infringement.

Both pieces of legislation passed into law despite strong opposition from the Australian Greens and some independent and minor party MPs, the telecommunications industry, technology companies and consumer groups.

However, Turnbull's pet project during his tenure was the introduction of the nation's new Digital Transformation Office earlier this year and accompanying strategy to overhaul customer-facing digital service delivery.