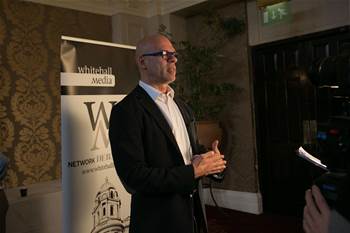 The federal government has lured the director of the UK's government digital services unit to Australia to lead its newly-established $250 million digital transformation office.

It today confirmed Paul Shetler had been appointed the first CEO of the new agency, which was established in January within the Communications Department to take over functions previously lead by Finance. His hire was first reported by The Mandarin.

Shetler will lead a change program aimed at overhauling all customer-facing digital service delivery in the federal government, helped by around 100 policy staff.

He will answer to Communications Minister Malcolm Turnbull - making Shetler effectively the highest-ranking technology bureaucrat in the federal government after it abolished the government CIO role.

Prior to being appointed as the head of the UK's government digital service office - on which the Australian DTO is modelled - in January this year, Shetler spent a year at London's Ministry of Justice.

He has worked across the world on several technology start-ups and also had stints with Microsoft, Oracle and in IT at the Republic National Bank of New York.

Shetler will start his new role in mid July. His term will run for five years.

Turnbull was handed $254 million over four years in the most recent federal budget towards his digital delivery agenda.

The minister wants the DTO to mirror the UK's digital office and mimic its efforts to provide a better digital service experience for the country's citizens, using an agile project delivery approach.