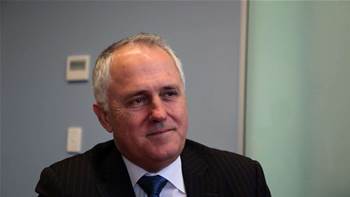 Tries to poke holes in justification instead.

Shadow Communications spokesman Malcolm Turnbull has backtracked from a Coalition commitment to "demolish" the NBN in a televised debate with Communications Minister Stephen Conroy last night.

"The fact is that - look, I'm not interested in demolishing the NBN," Turnbull told the ABC's Lateline program.

"I'm interested in exposing the hollowness of the Government's justification for the NBN, and that, I suppose, will demolish their shabby and empty argument."

Coalition leader Tony Abbott had urged Turnbull to demolish the project when he announced the new shadow communications minister a fortnight ago.

Turnbull towed the Coalition's cost-benefit analysis line. Conroy rebuffed it by referring to the implementation study, cost-benefit analyses conducted overseas - and by comments made by Turnbull to iTnews' sister site CRN last week that he wouldn't commit to the NBN even if an analysis greenlighted the project.

Most people can get ADSL2

Turnbull told the program that "most Australians were connected to exchanges that were ADSL2-enabled.

"We can get the same broadband speeds that are available in Potts Point [my electorate]... right through metropolitan Australia, right through the regional cities and towns in Australia," he said.

"And, of course in the more remote parts of Australia - everyone acknowledges, both sides of politics, the answer there is wireless and satellite."

Conroy attacked Turnbull over the life of fibre infrastructure.

"If [Malcolm's] a real techhead and is going to be honest, [he] will admit that fibre is the best future-proof technology going around," Conroy said.

"Fibre is the best future-proof technology. It works undersea, it works in the trunk roots and it will work to people's homes," he said.

NBN info due within weeks

Conroy also hinted that a revised NBN model and plans would be made available to the Government within weeks.

"We're about to recieve in the next few weeks... information from [the] National Broadband Network [Co], and I'm sure there's a whole range of information that we'll be making available very, very shortly," he said.

"We'll be very, very happy to put it out into the public domain".