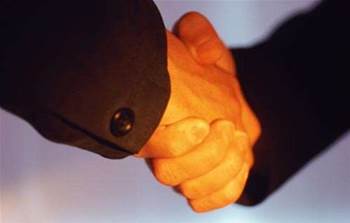 IT security professionals have an almost equal preference for deploying open source or commercial software, according to research by security firm Barracuda Networks.

A survey revealed that 53 percent of security managers would deploy open source software, compared to 47 percent who would deploy commercial software in their organisations for similar functionality.

Some 80 percent of respondents cited 'pricing' as the top reason for adopting open source software over commercial software.

"Businesses must control costs for IT," said Dean Drako, president and chief executive at Barracuda Networks.

"The fact that open source software is now viewed on a par with commercial software shows the gains it has made in becoming a viable element of business security solutions.

"For companies such as Barracuda Networks that use open source software as part of their solutions, it is vital to be guided by customer feedback."

The survey also found that the top advantages for deploying commercial software over open source are 'professional services' (65 percent of respondents), 'ease of adoption' (47 percent) and 'automated updates' (47 percent).
Got a news tip for our journalists? Share it with us anonymously here.
Copyright ©v3.co.uk
Tags:
inopensecuritysoarssoftwaresourcetrust