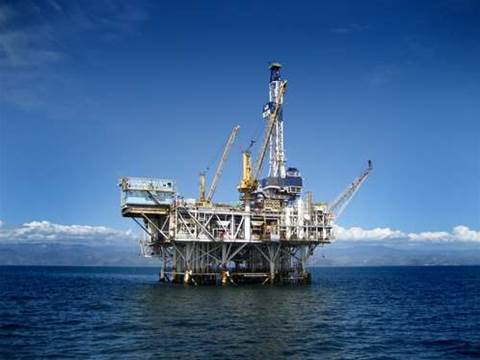 Latest bid for a Perth-Singapore cable, with a twist.

Trident Subsea Cable has revealed further details of the design of a subsea cable network that will connect Perth and the resources-rich Pilbara region with Indonesia and Singapore.

CEO Mark de Kock —executive director of strategy at Vocus until June of this year — told iTnews Trident will run two fibre pairs from the submarine cable protection zone off City Beach in Perth to a branching unit off Onslow, in north-west Western Australia.

Trident then has rights to two of four fibre pairs that Matrix already run from Jakarta to Singapore, meaning the Trident cable system will have a total of two fibre pairs that run the entire Perth-to-Singapore route.

"The capacity from Perth to Singapore on the new cable system will be two fibre pairs of 80 wavelengths of 100 Gigabit [per second - 100G - capacity]," de Kock said.

However, such capacity will not be available on the entire route from day one, owing to the existing configuration of the Matrix infrastructure.

"The Matrix cable system capacity has to be upgraded," de Kock said.

"It currently has 10G technology. We don't have the full commercial and technical offer for upgrading that system yet, but it will be upgraded to 100G technology as well."

It was unclear what capacity Trident would be able to sell on the entire Perth-Singapore subsea route from day one of the cable availability. Clarification was being sought at the time of publication.

Two fibre pairs will also run from the Onslow branching unit to a terrestrial landing station in Onslow. A passive submarine loop will run between Onslow and Karratha in a bid to bring oil and liquefied natural gas (LNG) platforms in the area onto the network.

The Trident project is effectively two cable projects in one, consisting of the west coast international route, and a plan to bring capacity and communications resiliency to the resources-rich Pilbara region.

The international link portion takes over the work of ASSC-1, a project announced in 2012 that ran on the same route and used Matrix's infrastructure in roughly the same manner as Trident now propose.

ASSC-1 was being developed by a Melbourne-based firm called JPC International, and de Kock confirmed Trident had struck a deal with JPC.

"We've picked up all the good work they've done on the project, and one of the key executives of that project has joined Trident to capitalise on that IP," he said.

The project has secured a $320 million financial commitment from China, and de Kock must come up with the remaining $80 million from institutional and other investors.

The link into the Pilbara and north-west shelf of Western Australia is designed to capitalise on the hunger of resources companies to automate their operations.

While many of the larger miners run their own fibre —typically in rail corridors — from remote sites to port operations, de Kock said there was a need for commercial capacity to then take that traffic to Perth, where firms such as Rio Tinto have established remote operations centres.

"The miners don't have any infrastructure of their own between Perth and the Pilbara," de Kock said.

Part of the reason for running a subsea — rather than terrestrial — link from the Pilbara to Perth is to provide resilience against the impact of cyclones, which cause problems for resources projects in the area.

de Kock said Trident had been assisted by the Western Australian state government to initiate discussions with resources companies to take capacity on the proposed network.

"The Western Australian Government have been very helpful in facilitating those discussions because they want to see this cable system built to improve the commercial availability and resilience of communication services up into that area," de Kock said.

He indicated that Trident already had commitments from resources firms to take capacity on the infrastructure.

Trident is looking to begin marine survey work in the next four weeks, according to de Kock.

He expects the agreement with Matrix to save a lot of time in getting construction started. Rivals, such as the Australia-Singapore Cable, have spent the past year seeking Indonesian permits that Matrix already holds.

"The key rationale behind the project or competitive advantage is the fact that we have, by virtue of our deal with Matrix, obviously saved a lot of construction time, a lot of permitting, permissions approvals and operational capability," de Kock said.

"That saves us a lot of time in actually deploying the project, and having the Indonesian approvals and permits already in place avoids that schedule uncertainty."

Trident is one of three cable operators vying to be the first to roll out a subsea cable between Perth and Singapore that will provide fresh capacity on the congested route, which is currently serviced by the SEA-ME-WE 3 cable.

The Australia-Singapore Cable, which is being held up by Indonesian permits, and the SubPartners cable being pushed by entrepreneurs Bevan Slattery and Ted Pretty are Trident's main rivals. A fourth project was briefly mooted in May before being withdrawn.

de Kock is keen to ensure that Trident has "first mover advantage" in getting its cables laid.

"It's common wisdom to say the first company to start construction of the cable — the completion will just follow — has a strong commercial advantage and it would erode significantly the business case of a second cable operator coming into that market," he said.