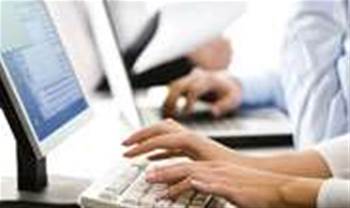 Australia's national transport safety investigator plans to take control of its technology strategy, splitting from a shared services arrangement and looking to outsource most of its IT operations.

For the last four years, the Australian Transport Safety Bureau has had its IT needs provided by the Department of Infrastructure and Transport (DoIT), from which it was spun out as an independent agency in 2009.

A recent wide-ranging review into its IT environment conducted by the agency found the arrangement limited its ability to achieve its strategic objectives.

The small agency has subsequently put out the feelers for a managed service provider to take over responsibility for its infrastructure services, end-user computing, support and maintenance, security, corporate applications and performance management systems.

The agency has only 125 staff, mostly aviation, marine and rail safety investigators, most of which are based in Canberra, with additional operations in Brisbane, Sydney, Melbourne, Adelaide and Perth.

The ATSB consumes data centre services from ASG and WAN services from NextGen via relationships with DoIT - in what ATSB CIO Chris Fitzpatrick called a "filtered" arrangement.

“We’re on a path that’s diverging away from [the DoIT],” he said. “This opportunity presents a way for us to be the master of our own destiny.”

The current service delivery arrangements with DoIT were failing to provide the required level of certainty needed by the ATSB for the future, the agency noted in tender documents.

“Although small in terms of staff size, the ATSB has extensive data management requirements that will continue to increase into the future as the ATSB takes on an expanded role as the primary national authority for rail and maritime transport incidents and accidents.”

The review coincided with a scheduled refresh of ATSB's desktop and server infrastructure. The agency runs Windows Server on HP Proliant servers across seven computer rooms nationwide, including three primary data centres (some of which are co-location facilities).

ATSB’s virtualised server fleet runs from a primary data centre in its Canberra building (managed through ASG), while a centre in a DoIT facility acts as a disaster recovery site.

The primary business application used for transport safety investigations - the Safety Investigation Information Management System (SIIMS) application - is bespoke and will continue to be managed in-house.

The first steps to pulling out of its shared services arrangement is to design a new, independent network architecture, after which the agency can outsource hosting and WAN services to an external service provider.

Successful service providers will also be asked to offer system administration for applications, IT help desk services and IP telephony.

Read on for the ATSB's desktop and tablet strategy...