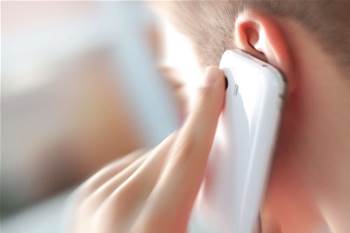 The Australian Transport Safety Bureau (ATSB) has agreed to provide mobile phones and cover the bills for the majority of its workforce.

Roughly half of the agency's 120 staff are investigators tasked with uncovering the causes of serious air and marine accidents, often in remote and distant locations.

The highly mobile group are on call to attend the scene of a crash all hours of the day, so ATSB Chief Commissioner Martin Dolan said it was a no brainer to provide this team, as well as executives, each with a mobile to be used for both personal and work purposes.

"Because we have so many people on call on a 24/7 basis the boundaries between work and private are a bit different, particularly for our investigators," Dolan told iTnews.

"What we are saying to staff is 'this is part of your job so we are meeting you personal data and call costs'. It balances the fact that they are on call and have their work lives regularly overlap with their personal lives."

"We are confident that we have a mature and sensible workforce who will manage this well," he said.

The ATSB is bucking the trend seen in other pockets of Canberra's public service by solidifying its five-year relationship with BlackBerry.

It has just rolled out the phone provider's new device management solution Enterprise Service 10, and is gearing up for an upgrade to the touch-screen BlackBerry Z10 and Z30.

At least some work/life separation can be achieved by ATSB staff through the containerisation of professional and personal domains on the devices using BlackBerry's Balance capability.

"The aim is to have staff carrying just one single phone," Dolan said. "They have succeeded in that, which is great because lugging two even normal sized smartphones around has its hazards and its inconveniences."

The ATSB made the decision to adopt BES 10 not long after it was launched early this year, placing it within the ranks of early adopters, according to BlackBerry.

Dolan said the ability to leverage the ATSB's existing BlackBerry fleet and Enterprise Server played a big role in the decision to upgrade to the Z10 and Z30 devices and management software. Having a familiar and trusted security configuration was also a consideration.

"Pretty much all the information we need to send in the course of an investigation is by default confidential," he said.

Even though the Australian Signals Directorate has now certified the more popular iOS operating system to transmit government information up to the 'protected' classification that makes up the bulk of ATSB data, the agency decided to stick with what it knew.

"BlackBerry has the certification we need. Others do too, but we are very familiar with the way that BlackBerry has been hardened in a way that meets our particular requirements."

The next task for Dolan and his team will be to set up the security framework necessary to allow investigators to log the photographic, written and video evidence collected in the field directly into the agency's safety investigation information management system, which he said is already accessible online.