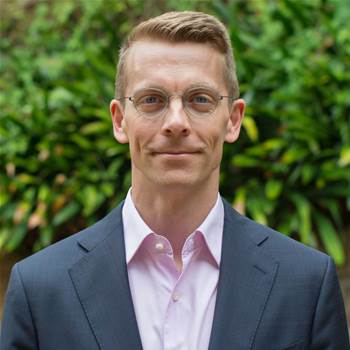 Thiele joined the IT services provider this month to lead the strategic direction of its cyber security practice and accelerate security offerings more broadly.

As reported by iTnews, Thiele left TfNSW at the end of November to take up an undisclosed role in the private sector.

He spent three years at the agency, where he oversaw cyber security across the entire Transport cluster, including at Sydney Trains, NSW Trains and the State Transit Authority.

During his tenure, TfNSW embarked on a joined-up approach to cyber defence, which saw it establish the now 100-strong Transport cyber defence (TCD) team.

It said the “first of its kind” investment in the NSW government “grew Transport’s cyber security team from 30 to 150 people with measurable annual increases in cyber maturity”.

In a statement, Interactive executive chairman Brendan Fleiter said he was delighted to welcome Thiele to Interactive.

“His impressive background and experience is a major addition to our cyber security practice and our ability to support and protect our customers,” Fleiter said.

Fleiter added that the cyber security practice is continuing to expand, having “processed triple the number of security events for our customers last year compared with 2020”.

Thiele said he was “humbled to be part of a team with such passion for its customers and keeping security top of mind”.

“Interactive’s track record speaks for itself. It has been helping Australian organisations build resilient technology solutions for the past 30-plus years,” Thiele said.

“I look forward to working with the delivery teams to take Interactive’s cyber offerings to the next level and further our position as leaders in the Australian market.”