TransACT: Cable in for the long stretch 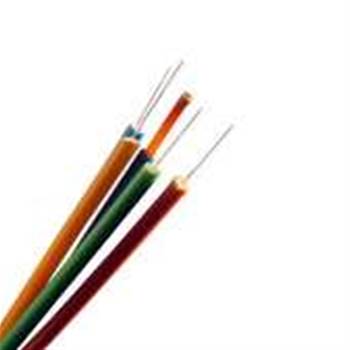 The Canberra-based telco recently completed year-long upgrades to the HFC network it gained in its acquisition of Neighbourhood Cable in 2008.

The 80,000 subscribers signed to the network in Ballarat, Mildura and Geelong would gain access to DOCSIS 3.0 cable connections, providing 100 Mbps downstream bandwidth in a similar vein to upgrades of Optus' and Telstra's HFC networks over the past year.

TransACT's upgrade included a move away from microwave backhaul to a multi-gigabit connection provided by Telstra.

Slavich told iTnews that HFC technology was likely to sustain user requirements for several years to come, with a roadmap that boasted possible bandwidth speeds up to 500 Mbps using bonded channels over a single cable.

"There's an absolute upgrade path for HFC," he said.

"In the US there's about 50 million customers on HFC networks... they're not going to let their networks in the US die on the vine."

Slavich said the cost was about 1/50th of an FTTP rollout with the same short-term gain in user speed increases.

The company had rolled out FTTP technology in several suburbs in Canberra. While both FTTP and
HFC networks were successful, Slavich said the majority of fibre users opted for bottom-end 10 Mbps speeds rather than the full 100 Mbps available, due to cost.

He has claimed the 2.7 million Australian homes with HFC connections do not require fibre to their premises.

"The HFC cable network passes 30 per cent of Australian households now. All of it can be—and, indeed, in Melbourne already has been—upgraded to deliver broadband at 100 Mbps," Turnbull said during Parliament earlier this year.

Should a $9 billion agreement between Telstra and NBN Co be completed in coming weeks, Telstra would move all broadband customers from both HFC and copper networks to the NBN, though no such deal has been reached yet with Optus.

Slavich confirmed similar negotiations with NBN Co but would not delve into details over commercial-in-confidence issues.

Legislation passed by Parliament this year prevented TransACT from building out its fibre or cable networks due to "cherry-picking" provisions.

Slavich repeated to iTnews calls to prevent the overbuilding of TransACT's network in Victoria by the NBN.

"Quite frankly I just think it would be an incredible waste of taxpayers' money to overbuild our networks - why service an area that's already getting the speed," he said.

Slavich remained confident cable subscribers in the regional towns would stick to the technology even should the NBN roll by their premises, without a differentiating service.

"I think our current upgrade will satisfy the requirements for consumers for some time," he said.

The DOCSIS upgrade coincided with the completion of the Neighbourhood Cable acquisition, with a full rebranding of the subsidiary to become TransACT, a move Slavich said was part of a view to offer a wider variety of services than just cable in the state.

These would include ISDN services to businesses and the possibility of either TransACT's proprietary managed internet protocol television (IPTV) service or a variant of the increasingly popular FetchTV.

TransACT has an established relationship with FetchTV as it delivers one element of the managed IPTV service via satellite at a hub in Ballarat.

Slavich said the service provider was “seriously considering” Fetch TV over its own multicast service, currently deployed in Canberra, but had not yet made a decision either way.

FetchTV chief executive Scott Lorson recently said the company has targeted the top 10 Australian service providers outside Telstra to form an IPTV “coalition” against the incumbent.
It has already signed on Optus, iiNet, Internode and Adam Internet for the service, with expectations TPG could join the ranks in coming months.
Got a news tip for our journalists? Share it with us anonymously here.