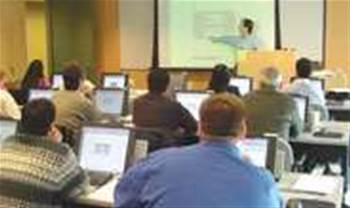 E-crime must become part of standard police training if law enforcement authorities are to successfully tackle the huge problem of computer crime, according to the head of the Metropolitan Police e-crime unit.

The UK is facing a growing wave of internet crime, according to the latest annual Virtual Criminology Report from security specialist McAfee. Published this week, the report’s findings include a threefold increase in the number of malware variants.

The study highlights a lack of policing capability as a key challenge in tackling the cyber crime problem.

“The internet often holds the evidence that could bring cyber criminals to rights,” says the report. “Yet digital tracing and forensics are often overlooked or ignored because those involved, from investigations through to trial, are untrained in how to comprehensively unearth and exploit it.”

“Our unit will not be the first port of call, so we need to introduce an e-crime capability from the ground up,” she said.

“It must be part of basic training so that cops are aware of cyber crime from the day they join the force.”

The Met Police unit has recently received £7m funding from the Home Office and will become operational in the first half of 2009.

The government initially refused funding but a string of high-profile public- and private-sector data breaches bought the issue of information security to the public’s attention.

McMurdie warned that the unit will not be a panacea and said it will need significant help from industry if it is to be successful.

“Industry needs to step up to the mark. We have to use their skills to our advantage and help them to provide us with well-packaged evidence so our job is as easy as possible,” she said.

Nobody knows the true scale of e-crime in the UK, though it is widely accepted that internet fraud alone costs the UK economy millions of pounds a year.

Expertise in the police is not encouraged correctly, London School of Economics security expert Peter Sommer writes in the report.

“Police career rewards go to managers rather than front-line specialists,” he said.

“Some of the best digital investigators are still detective constables or sergeants.”
Got a news tip for our journalists? Share it with us anonymously here.
Copyright © 2010 Computing
Tags:
ecrimekeysecuritytacklingtotraining