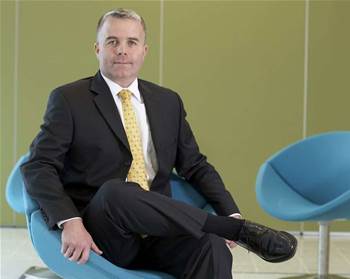 Focus on wholesale and business.

Struggling telco AAPT has been acquired by TPG, after its previous owner Telecom NZ officially put the company up for sale in October.

TPG bought AAPT for $450 million, according to Telecom's announcement to the New Zealand stock exchange. The proceeds of the sale will be used to repay debt, it said.

AAPT chief executive David Yuile said the telco will focus on the Australian market as a business and wholesale telecommunications infrastructure company.

“We are very energised by the progress we have made and the massive turnaround AAPT has experienced after several years of hard work and tough decisions. AAPT is now ready for another chapter in its evolution and we look forward to the future,” Yuile said.

Telecom bought AAPT in 2000 for $2.3 billion. It was later merged with Powertel.

The telco has since then written down the value of the company by $1.7 billion after consecutive disappointing results.

In August this year, Telecom took the axe to AAPT costs and staffing levels after a 20.8 per cent drop in earnings.

AAPT's consumer business was sold to ISP iiNet in late July 2010, and Telecom NZ has been considering a potential sale of the whole company in the years since to return its focus to the New Zealand market.

TPG was tipped as a potential buyer in October this year when Telecom once again said it was looking at selling the business off.

The transaction is expected to be completed by February next year.

It marks the third acquisiton TPG has embarked on in as many years.

ASX-listed TPG purchased Pipe Networks in March 2010 for $373 million, and in August 2011 completed its acquisition of cloud service provider IntraPower for $12.8 million.