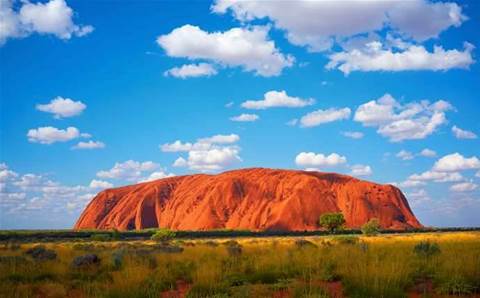 Tourism Australia is most of the way through a major IT transformation that has seen the agency switch its core IT systems from Oracle to Microsoft.

Tourism Australia chief information officer Dave Rumsey told iTnews the upgrade was prompted by some of the agency’s legacy systems moving out of vendor support.

“Prior to the recent update of its back of house systems Tourism Australia was using Oracle eBusiness for finance, HR and payroll and a set of bespoke Java-based applications for budgeting, procurement and reporting,” Rumsey said.

“Our version of Oracle eBusiness was moving out of support and because we had made substantial customisations, the upgrade to a supportable version was going to be significant.

“It would also mean changes to our Java applications which were fairly tightly integrated. We went to market for a solution but didn’t specify the technology solution.”

“The first was to grow our audience of Australia.com and our digital platforms. Australians are great at telling their stories to people, and we wanted to tell it to as many people as possible,” Mackenny said.

“Secondly, we wanted to drive personalisation. The days of the 30 second ad with [Paul] Hogan getting up and representing the country are over. People want personalised travel experiences if they’re going to take a long-haul flight, up to 14 hours.

“Thirdly, we wanted to be driven by data and insights. We wanted to be evidence-based in our decision making around the investment decisions we make as a company.

“And, lastly, we wanted to invest in our people. We wanted to grow the digital maturity of TA. Any transformation program is about tech, it’s about processes, but fundamentally, it’s about people. How can you change your company and move quickly.”

After going to tender in mid-2013, Tourism Australia later chose UXC Eclipse and BizData as its main channel partners for the project, which it internally dubbed the 'business systems replacement’.

“This also included on a new corporate intranet using Sharepoint Online called MyTA. Since then, we have deployed a data warehouse using Microsoft Azure and this has included a recent trial with Microsoft on Power BI.

“As part of the upgrade new mobile devices (Surface Pro 2 and Dell XPS Ultrabooks) were deployed to staff in May and June 2014, running Windows 8.1 and Office 365.

Mackenny said Tourism Australia has also overhauled many of its front-of-house systems at the same time it upgraded its core IT systems.

"[We deployed] Adobe Marketing Cloud for our website, analytics and so forth, that's all based on Amazon Web Services... And then a full end-to-end Microsoft stack for back-of-house, for data warehousing, ERP, CRM, and [PowerBI],” Mackenny said.

Most of the new systems have now been successfully implmented, and the agency is winding down to complete the project over the coming monthds.

“We use Dynamics CRM and have recently moved our first business unit to CRM Online. This will continue and we are looking to migrate all of TA to CRM Online over the next six months. We also use Dynamics AX… and ADP globally for payroll.

“Systems are in and operating well, enhancements continue with the next step to be an upgrade to Dynamics AX R3 and then move our on-premise [data centre] solution to Azure,” Rumsey said.

The transformation didn't just target the replacement of legacy systems, according to Mackenny - it also overhauled how the agency handles updates to its systems and digital marketing assets.

“We’ve fundamentally changed the way we work as a business. Government is very good at running projects. You start, stop, and then go over to the [next] new thing,” Mackenny said.

“What we’ve had to do as an organisation [in order] to evolve at the speed that we need to is to work through a prioritisation model, and we release changes into our digital ecosystem every three weeks.”

Mackenny credited the success of the transformation program to strong personal and working relationships among its senior executives.

“Every fortnight we bring together a cross-functional group, so we have our chief marketing officer, CIO, CFO, and our [digital] media agencies talk about performance and what the data is telling us.

“The most important thing is to have great relationships at that top level. We need that. If we’re going to sit around and argue about who’s in charge of what, we wouldn’t be able to move forward with anything.”