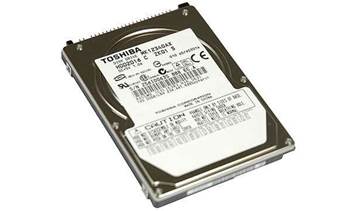 Toshiba claimed to have released the world’s first series of self-encrypting drives, with its Wipe Technology targeting the enterprise market.

The 2.5-type MK6461GSYG family was announced today in five different models, ranging from 160GB to 640GB, and has been designed for use in copiers, printers, PCs and other IT devices.

The technology can invalidate encryption keys and data when the drive is removed from its housing or hooked up to an unauthorised host system.

Samples will make their way out to the market by the end of the month, with mass production due to start at the end of June.

“Today, most office copier and printing systems utilise HDD capacity and performance to support productivity and the security of recorded document image data that must be maintained,” Toshiba said in a statement.

Toshiba said it was looking at ways to introduce its Wipe Technology in the MK6461GSYG family into solid state drives (SSDs).

The firm started developing its Wipe Technology in August 2010.

With some significant data breaches in the UK of late, and with the rise in data breach costs, such technology may perform well on these shores.

Got a news tip for our journalists? Share it with us anonymously here.
Copyright © ITPro, Dennis Publishing
Tags:
componentdlpencryptionhard drivesecuritytoshiba