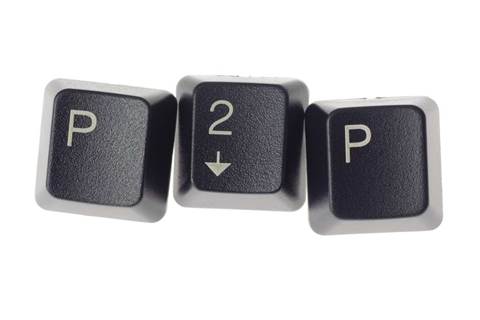 Widely read BitTorrent and filesharing blog Torrent Freak has slammed an industry-commissioned study into file sharing by the Internet Commerce Security Laboratory as riddled with mistakes, with conclusions based on "painfully inaccurate data".

The study, released last week, set about analysing the extent of copyright breaches on filsharing sites by focusing on 17 BitTorrent trackers and 1,000 popular torrent files. The researchers claimed that "at least 89.9 percent" infringed copyright and that there were 117.4 million seeds for the files it analysed.

The reply from the filsharing community was quick and brutal. Torrent Freak said the seed claim was "bogus", arguing that the researchers must have included trackers that report false seed counts.

"The real seed count at any given time lies between 10 and 20 million," according to Torrent Freak.

iTnews contacted Torrent Freak's editor, "Ernesto", who pointed out that Torrent Freak has several machines of its own which are dedicated to keeping track of all BitTorrent statistics.

One of trackers included in the study was the OpenBitTorrent tracker, which Ernesto said was one of the largest. It currently has a little under 10 million seeds, he said.

"This tracker tracks ~90% of all torrents, so an estimate of 20 million would be on the high end," he explained.

The ICSL researchers said in the study that their figures were arrived at by "determining the highest available seeder count for each torrent from any tracker that was scraped."

As for The Incredible Hulk being named in the study as the most seeded file, supported by 1.1 million seeders, Torrent Freak again claims the study produced false data.

"We're not sure where these numbers originate from but the best seeded torrent at the moment only has 13,739 seeders, that's 1 percent of what the study reports," the blog reported.

Ernesto provided iTnews with a link to the site kickasstorrents.com where the most well-seeded movie currently was The Ghost Writer, which had just 14,366 seeds.

ICSL's study was partly funded by Village Roadshow, the first of 18 film studio applicants appealing a decision in favour of the defendant Australian internet service provider iiNet over a case which seeks to determine a service provider's role in 'authorising' the activity of its subscribers.

Whose statistics would you more readily believe? An industry-commissioned study at an academic institution, or a file-sharing blog? Have your say below.