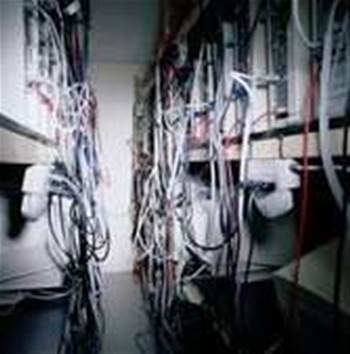 Shaun Nichols: In the late 90s, there was a fairly stable niche market for Macintosh clones. Companies such as Power Computing, Umax and Radius produced machines that rivalled, and in many cases, topped Apple's own offerings at the time.

That all ended, however, when Steve Jobs took over as CEO of the company. Realising that he couldn't afford to split up hardware sales in what was already a single-digit share of the market, Jobs effectively drove all of the clone makers out of the market and ended the practice of licensing the MacOS on third party hardware.

The decision ultimately helped save Apple but it also drove at least half a dozen other vendors out of the Mac market and killed off what many purists consider to be among the best Macintosh systems of all time.

Iain Thomson: What can you say, Jobs doesn't like competition. What sane businessman does?

The myth that every capitalist wants competition was never so clearly shown.

Apple clone manufacturers were hurting margins and the company couldn't keep up with technical innovation from outside. IBM tried to shut down the nascent PC clone market and did it too little too late. Jobs learned from this and went in with both feet.

He succeeded in cutting down competition but one can't help wondering what could have been if he hadn't.

Iain Thomson: Gary Kildall was the Bill Gates of operating systems before Bill Gates was.

In 1980 IBM, the world's biggest computer company, were about to enter the PC market. They called up Bill Gates, head of a small Seattle computer company and he said talk to Gary Kildall.

Unfortunately when IBM came knocking Kildall was away flying some software to a customer, a rather unorthodox form of personal service. Kildall's wife was in, but before IBM would even start negotiations she was asked to sign a non-disclosure agreement (NDA).

IBM's NDA documents were, and to an extent still are, legal contracts from hell, giving the company the right to use anything it learned to its own advantage while retaining the rights to sue to death the other party if they breathed a word of the meeting. On the advice of her lawyer Dorothy Kildall refused to sign.

Although the two companies did negotiate that first meeting set the whole relationship back a long way and it never recovered. IBM went back to Microsoft and Kildall went back to research and his love of the outdoors before his death in 1994.

Shaun Nichols: Next time your Windows system goes down on you, think of Gary Kildall as you bang your head on the desk and reflect on how perhaps all of us are a bit unlucky that he wasn't at home on that fateful afternoon.

This brings to mind another somewhat disturbing trend: how often is Microsoft's good fortune someone else's rotten luck? Not to downplay the shrewd business sense of Bill Gates, but the man must have kept a four leaf clover in his shoe throughout the 80s and 90s.

Don't feel too bad for Kildall though. Eventually he was able to sell his company to Novell and buy himself a nice assortment of estates complete with a Lear Jet to travel by.

Iain Thomson: In 1994 the very concept of a valuable domain name was unheard of.

The World Wide Web was still in its infancy but a young Gary Kremen happened to notice that the sex.com domain hadn't been allocated as yet and decided someone might pay for it later and left it blank.

The next year Stephen M. Cohen contacted Network Solutions by fax of all things telling them to transfer the domain into his name and set about building a pornography empire estimated to bring in US$20 million a year in advertising.

There then followed a long legal battle which Kremen eventually won in 2003, with a judgement of US$65 million. Cohen promptly moving his millions offshore and fled to Mexico, where he was eventually tracked down.

I'm sure Kremen rues the day a fax managed to dominate his life for the next decade, even if the final pay off may be worth it.

Shaun Nichols: US$65 million actually seems like a bargain for the sex.com domain. Imagine what he could have received for it had he played Hugh Hefner and Larry Flynt off against one another in a bidding war.

Hearing this story sure makes one feel sympathy for the would-be type squatter Kremen, at least until you learn the rest about him. Aside from owning the sex.com domain, Kremen owned Jobs.com, autos.com and he founded personals site match.com, which he in turn sold for US$10 million.

Wish I had that sort of rotten luck.

Shaun Nichols: Try and imagine Ron Wayne's situation for a minute... your buddy Steve, a college dropout living with his parents, has a little side project making home-brew computer parts that you've loaned a few bucks to.

One day, Steve tells you that he and some cat named 'Woz' want to take the business full-time, incurring tens of thousands of dollars in temporary debt in the process. Not wanting to trust a sizable amount of your personal wealth to a pair of hippies making circuit boards in a garage, you tell your buddy thanks but no thanks and cash out.

It's a pretty smart business decision, unless your buddy Steve happens to be one Steven P. Jobs. In one of the all-time "d'oh!" moments, Ronald Wayne pulled out his US$800 share in Apple in 1976. Had he stuck with the rag-tag garage outfit, Wayne would have made billions.

Iain Thomson: You have to feel for Wayne; he must have been born under an exceptionally bad sign.

I'm sure that at venture capital booze ups there's a hundred tales like Wayne's, but to have missed out on such a ground floor opportunity must really have stung. He could have been a the head of the computing revolution and instead he sold his 10 per cent in Apple for the price of a holiday in the West Indies.

Iain Thomson: In December 1980, with the Reagans waiting to move into the White House, SCP sold a licence for its new operating system to an up and coming local young software firm for US$25,000.

That firm was so impressed with the product that by the next summer it offered the company US$50,000 for all the rights to the software. The owners agreed and no doubt two parties were held in the area that night, but I'm willing to bet the one at Microsoft was slightly harder.

Around a month later IBM launched its first ever PC, effectively legitimising corporate computing on the desktop and what was the operating system? PC-DOS 1.0., which was pretty much the same code, but licensed to IBM from Microsoft.

In a corporate environment such as we have today Microsoft would have been sued to death but at the time there was very little case laws and SCP settled for around US$1 million dollars.

The rest is, as they say, history. It would be wrong to allocate blame to any one individual and all decisions were made in the seeming best interest of the firm.

I just worry that there's a bar in Seattle somewhere where a grizzled IT veteran gets drunk and bores everyone to tears, every Saturday night, with the same story of the one that got away.

Shaun Nichols: It seems like just about any company within sight of Microsoft in the 1980s and early 90s had an unfortunate bout of "bad luck."

In this case, I'd say SCP's decision to sell off DOS to Microsoft was a poor business move and a bad bit of intelligence gathering. Surely someone had to ask why Microsoft wanted this code so badly and sniff around the industry a bit for word of a deal.

The real bad luck came when they got a lawyer who was only able to negotiate a settlement of US$1 million. Microsoft pays that much money to get low-level managers to go away.

That they were able to get DOS for US$50,000, and then get away with it for what ultimately amounted to a truly microscopic fraction of the total revenues from the code is truly amazing and a bit sad. Deals like this start to make you understand why Bill Gates is giving so much of fortune away to charity.

Iain Thomson: Facebook has been one of the defining companies in social networking but if you believe some people the who thing was a bit of a rip off.

By all accounts a bunch of Harvard students came up with the idea of using computers to constantly keep updated with your friends. Being ambitious young things a few of them formed a splinter organisation and set up Facebook.

Now this is bad enough, but then, after and getting a pretty decent payout, a second piece of bad luck strikes. Part of the deal was for shares in Facebook, which at the time were valued very highly as Microsoft was buying into the form.

Now share valuations for Facebook, which still as yet to make a profit, are much lower and the award may not be all that it was hoped. All in all, not a good piece of work.

Shaun Nichols: To me this one gets an honourable mention because it's really not so clear as whether the whole thing was, or really is, a bad deal for the ConnectU guys.

Recently it was reported that the ConnectU matter was settled for a nice sum of US$65 million. If you assume that ConnectU would have become Facebook, and that Facebook will eventually justify its multi-billion dollar pricing, then yeah, those kids got hosed.

On the other hand, US$65 million for a project that really didn't seem to be as good as Facebook doesn't seem so bad. If things keep going the way they are with the economy and the Web 2.0 financial climate, Mark Zuckerberg's three classmates may come out looking like the smartest (or luckiest) guys in the room.

Shaun Nichols: Okay, so it's hard to make a case for someone who was also named the of all-time. Most of Yang's cock-ups were of his own doing, but at some level you also have to feel bad for the guy; he was practically set up for failure.

Yang co-founded Yahoo as an electrical engineering grad student, and though he had served on a number of boards and is no doubt incredibly intelligent, Yang simply was not prepared to take on an operation as large and as mismanaged as Yahoo was by 2008.

The Microsoft debacle should also not fall entirely on the shoulders of Jerry Yang. The corporate cultures of the two companies, particularly long-serving executives, were night and day. Had Yang given in to Microsoft early on when the offering price was the highest, he may very well have faced an executive rebellion on par with the shareholder rebellion later that year.

Iain Thomson: Yang was dealt a bad hand to be sure, but he threw even bad cards away with his management style.

Yang seems to have hit a perfect storm of bad luck. He inherited a company that had been run into the ground by know-nothing managers, that had a shrinking sense of purpose and yet he loved it so much he thought he could make it all right again.

Previous Page 1 2 Single page
Got a news tip for our journalists? Share it with us anonymously here.
Copyright ©v3.co.uk
Tags:
incidentsitsoftwaretentopunlucky